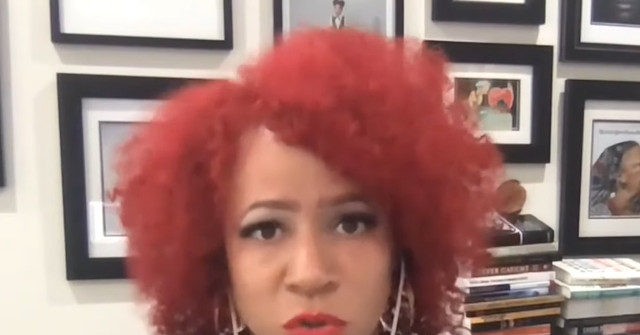 Appearing Monday on CNN, New York Times writer Nikole Hannah-Jones — famous for falsely claiming that the American Revolution was fought primarily to preserve slavery — euphemized the act of looting as “symbolic” restitution from a society that oppresses black Americans.

CHRISTIANE AMANPOUR: You’ve said, among other things, “people who have been left out of the social contract find no need to adhere it.” Somebody, sort of, checked you on that and said, “not left out, but excluded from the social contract.” And you agreed with being term-checked.

NIKOLE HANNAH-JONES: Absolutely. You are asking whose communities have been looted for decades, don’t have proper schools, don’t have proper amenities. When we see someone killed by the police, that is the worse manifestation of police violence, but it doesn’t get to the daily violence that doesn’t end in death, or the daily degradation that black Americans face. The fact that these communities have been prayed upon by predatory lenders, it goes on and on. When we think about someone taking something from some big-box name store, it is symbolic. That one pair of shoes that you stole from Footlocker is not going to change your life, but it is a symbolic taking.