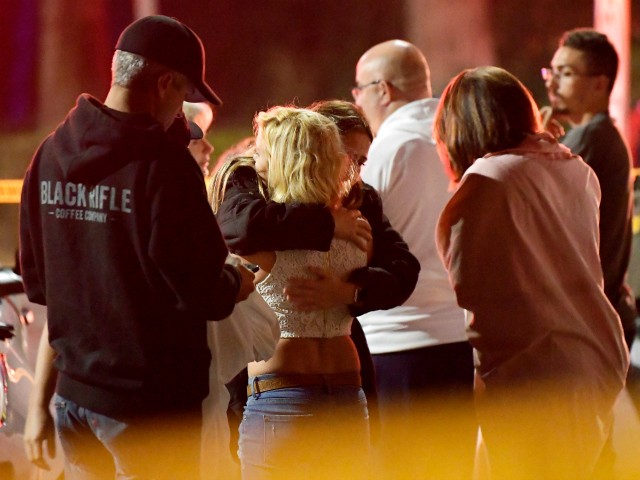 New York Times columnist Nicholas Kristof blamed the NRA for the Thousand Oaks, California, shooting at the Borderline Bar and Grill but ignored the litany of California gun control laws that failed to prevent the attack.

The opening two paragraphs of Kristof’s column set the stage:

Another needless tragedy in America: This time a gunman opened fire in a bar in Thousand Oaks, Calif., killing at least 12 people and injuring many more.

These horrors happen far more often in America than in other advanced countries partly because of the outsize political influence of the National Rifle Association. N.R.A. candidates suffered some important defeats in Tuesday’s midterm elections, but in a broad swath of red state America it remains potent, controlling politicians who know that an N.R.A. endorsement can make or break an election.

He continues, discussing how the NRA, through gun magazines, “spurs its members’ zealotry.” He says the NRA “mobilizes its supporters” with magazine covers emblazoned with photos of gun controllers like former President Barack Obama and Hillary Clinton. Then, toward the end of his article, he returns to the shooting in California to say, “One of the reasons the United States has so many gun deaths is the N.R.A. and its extremist defense of handgun ownership, almost without limit.”

Kristof avoids mentioning that the Thousands Oaks attacker used a legally purchased handgun. That means he complied with all of the left’s gun controls to get it.

Moreover, Kristof does not mention that California’s gun controls are among the most stringent in the country. The state has every gun control Democrats are pushing on the national level, and every one of them failed to prevent the attack.

California has universal background checks, gun registration requirements, red flag laws (i.e., Gun Violence Restraining Orders), a ten-day waiting period for gun purchases, an “assault weapons” ban, a one-gun-per-month limit on handgun purchases, a minimum firearm purchase age of 21, a ban on campus carry, a “good cause” restriction for concealed carry, and controls on the purchase of ammunition, among other regulations.

Rather than discuss the failure of these controls, Kristof is blaming the NRA.