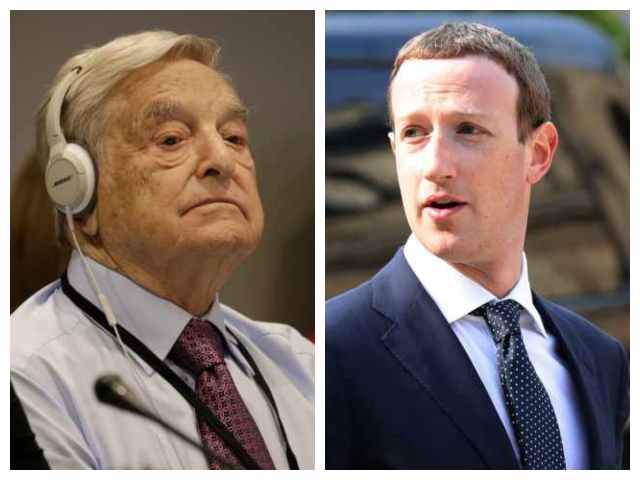 According to a Wednesday report from the New York Times, Facebook hired an opposition research company led by Romney 2012 and Jeb Bush alumni to link activists opposing the Silicon Valley giant to socialist billionaire George Soros.

“Facebook employed a Republican opposition-research firm to discredit activist protesters, in part by linking them to the liberal financier George Soros,” the New York Times reported. “It also tapped its business relationships, lobbying a Jewish civil rights group to cast some criticism of the company as anti-Semitic.”

According to the Times, Facebook “used Definers to take on bigger opponents, such as Mr. Soros,” and a “research document circulated by Definers to reporters this summer, just a month after the House hearing, cast Mr. Soros as the unacknowledged force behind what appeared to be a broad anti-Facebook movement.”

Definers pressed reporters to explore the financial connections between Mr. Soros’s family or philanthropies and groups that were members of Freedom from Facebook, such as Color of Change, an online racial justice organization, as well as a progressive group founded by Mr. Soros’s son. (An official at Mr. Soros’s Open Society Foundations said the philanthropy had supported both member groups, but not Freedom from Facebook, and had made no grants to support campaigns against Facebook.)

Definers also circulated research about other critics of Facebook, such as Diamond and Silk, the pro-Trump social media stars who had claimed they were treated unfairly by Facebook.

Open Society President @patrickgaspard‘s letter to @facebook‘s @sherylsandberg about their smear campaign against George Soros & us as reported by @nytimes: https://t.co/YJvCXYWXKm “Your methods threaten the very values underpinning our democracy.” pic.twitter.com/X5Q55MkxVR

On Thursday, Facebook announced it had ended its relationship with Definers, though denied any wrongdoing,

“It is wrong to suggest that we have ever asked Definers to pay for or write articles on Facebook’s behalf, or communicate anything untrue,” claimed a Facebook spokesman. “The relationship with Facebook was well known by the media — not least because they have on several occasions sent out invitations to hundreds of journalists about important press calls on our behalf.”

Miller’s current employer, Crooked Media, which was founded by three former Barack Obama staffers including Jon Favreau, distanced itself from Miller in a statement.