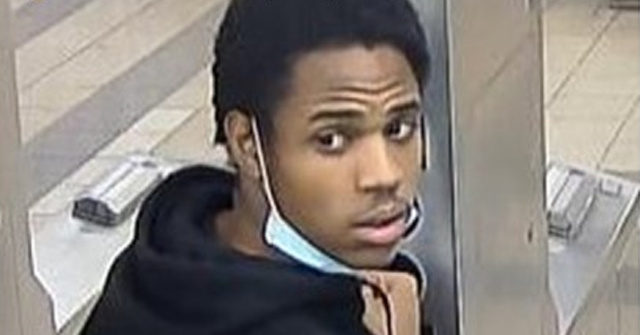 The New York City Police Department (NYPD) has arrested a man who allegedly attempted to rape a 21-year-old woman on a subway train in broad daylight on Wednesday.

The arrest comes after NYPD’s Crime Stoppers released images of the suspect on Wednesday night.

The alleged incident occurred at 10:20 a.m. inside an “E” train that was approaching the Canal Street station in Tribeca, according to police. The man placed his hand in between the woman’s rear and the seat, prompting her to get up, police said, per the New York Daily News. He then allegedly shoved her in the corner of the train and attempted to rape her.

The woman was able to free herself, and the suspect took off running towards another train at the station, the New York Daily News reports.

When ABC New York aired images of the suspect, another subway passenger, Tawana Grant, recognized him.

She told the outlet:

So when I saw the picture, I said, “oh my god” to my colleague. I see this guy every day at the Parsons and Archer stop. That his picture showed up this morning is very alarming because now I work late as well, sometimes coming home at 11 at night. You don’t know what’s going on. But people are getting pushed now. Now women are getting raped on the train. It is so out of control.

A suspect was arrested Thursday, within 24 hours of the attack, according to a tweet from the NYPD’s Special Victims Unit.

The Transit District 20 Public Safety Team was on it when they spotted ὄ this male wanted for an attempted rape by the Transit Special Victims within 24 hours. Great investigation and coordination by your detectives and transit officers keeping our subways🚊 safe. @NYPDTransit pic.twitter.com/NSZ1ZjIop4

The alleged incident comes as violent subway crimes in the Big Apple have lately been making headlines. On January 23, police say a suspect shoved a 62-year-old man onto the tracks at the Fulton Street station in Lower Manhattan as a train approached, Breitbart News reported:

The man quickly tucked himself under the platform as the train approached and survived but was partially clipped by the train, police said.

“He suffered a laceration to his left leg and pain and bruising to his body, but he managed to climb back onto the platform,” 1010 WINS reported.

The attack was unprovoked, and the victim was transported to Presbyterian Hospital and treated, Breitbart News reported. He was listed in stable condition, 1010 WINS noted.

In another vicious subway attack from January 15, Simon Martial, 61, allegedly killed 40-year-old Asian woman Michelle Go by pushing her in front of a moving train at the Times Square station.

He was arrested and charged with second-degree murder.