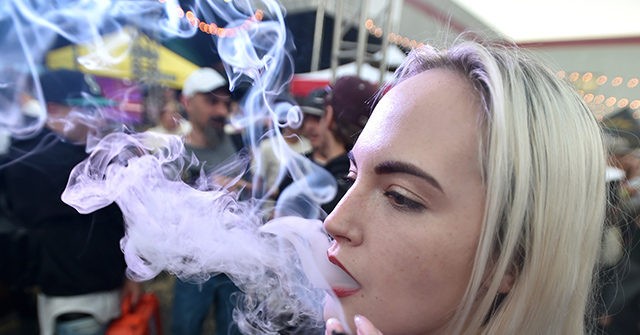 The NYPD has issued new orders on enforcement of marijuana-related offenses after New York legalized recreational use on Wednesday.

On March 31, New York Governor Andrew Cuomo signed a bill legalizing the growth, sale, and recreational use of marijuana. In a four-page memo circulated among officers of the New York Police Department, they have been instructed to ignore smokers unless money changes hands, and not to search vehicles based on the smell of both “burnt and unburnt” weed.

Sale of weed is now legal “unless they receive compensation,” while “hand-to-hand exchange of lawful amounts … without compensation to a person 21 or over, is not considered a sale.”

Police were advised that anyone over the age of 21 is legally allowed to smoke weed “almost anywhere that cigarette smoking is allowed including on sidewalks, on front stoops and other public places.” Smoking “in any of these locations is not a basis for an approach, stop, summons, arrest or search,” the memo said.

Officers have also been told not to “approach, stop or detain” individuals out on parole for potential weed offenses, even if it is a known restriction on said parole. Instead, the memo advises, they “should notify the relevant parole officers” for encforcement.

Despite this, officers themselves are still banned from partaking themselves. “Rules governing the use of marijuana for members of the NYPD have not changed,” according to the memo.

An unnamed source within the NYPD expressed concern about the change, questioning its effect on public safety. “We always say, ‘Drugs equal guns.’ When you smelled weed, you could pull a car over,” he reportedly told the outlet. “Now, you can’t pull them over.”

On Wednesday, Governor Cuomo said the bill “rights the wrongs of the past by putting an end to harsh prison sentences, embraces an industry that will grow the Empire State’s economy, and prioritizes marginalized communities.” New York is now the 15th state to legalize recreational marijuana use.