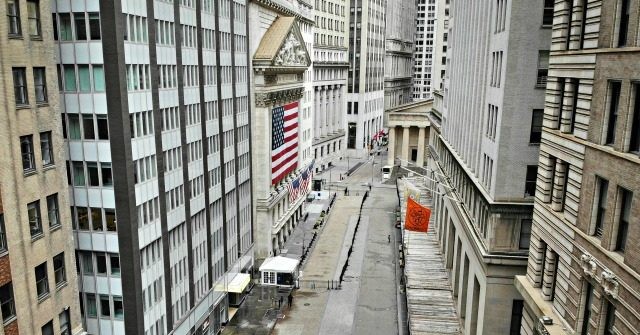 Gov. Andrew Cuomo (D) on Saturday announced that New York reached the lowest number of coronavirus hospitalizations and deaths since the start of the pandemic and stated on social media that they have “crushed” the curve, adding that New York City will be entering the first phase of reopening on Monday.

“We did the impossible. On Monday NYC will open phase one. We didn’t just flatten the curve — we crushed it,” Cuomo stated:

We did the impossible.

On Monday NYC will open phase one.

We didn’t just flatten the curve — we crushed it. #NYTough

The Empire State reached a significant milestone on Saturday as the governor announced the lowest number of hospitalizations and deaths since the start of the pandemic weeks ago. Total hospitalizations on Friday slipped to 2,603 “from a record-high of 18,825 during the peak of the pandemic, and 35 people in New York passed away due to COVID-19, down from a record-high of 800 just eight weeks ago,” per the governor’s website.

“Our metrics are all, today, very good. We are going to open the valve more than we originally anticipated because the metrics are so good,” Cuomo said on Saturday. “Compared to where we were, this is a big sigh of relief”:

As a result of the downward trend in coronavirus metrics, places of worship — including churches, synagogues, and mosques — will be able to reopen and operate at a 25 percent capacity during the state’s second phase of reopening.

“Places of worship in the seven regions that have already entered phase two – the Capital Region, Central New York, the Finger Lakes, the Mohawk Valley, the North Country, the Southern Tier and Western New York – can reopen beginning tomorrow, June 7th,” according to the state’s website.

“This is an acceleration for us because we are doing so well on the metrics, but people still have to stay smart,” Cuomo said.

New York City, which was hit particularly hard by the virus, is “on track” to enter into the first phase of reopening Monday, June 8, as percent of positive coronavirus tests “has dropped from a high of 57 percent per day to two percent per day within the city.”

New York State reported 381,019 positive cases and 30,066 deaths as of Saturday, the majority of which stem from New York City.