New York City officials let go over 1,000 employees who chose not to comply with the city’s coronavirus vaccine mandate, according to the mayor’s office.

“The 1,430 workers who lost their jobs represent less than 1% of the 370,000-person city workforce and are far fewer terminations than expected before a Friday deadline to get the shots,” the Associated Press (AP) reported Monday.

Officials issued notices last month to nearly 4,000 employees, telling them they must show proof they received at least two shots or be terminated from their positions. 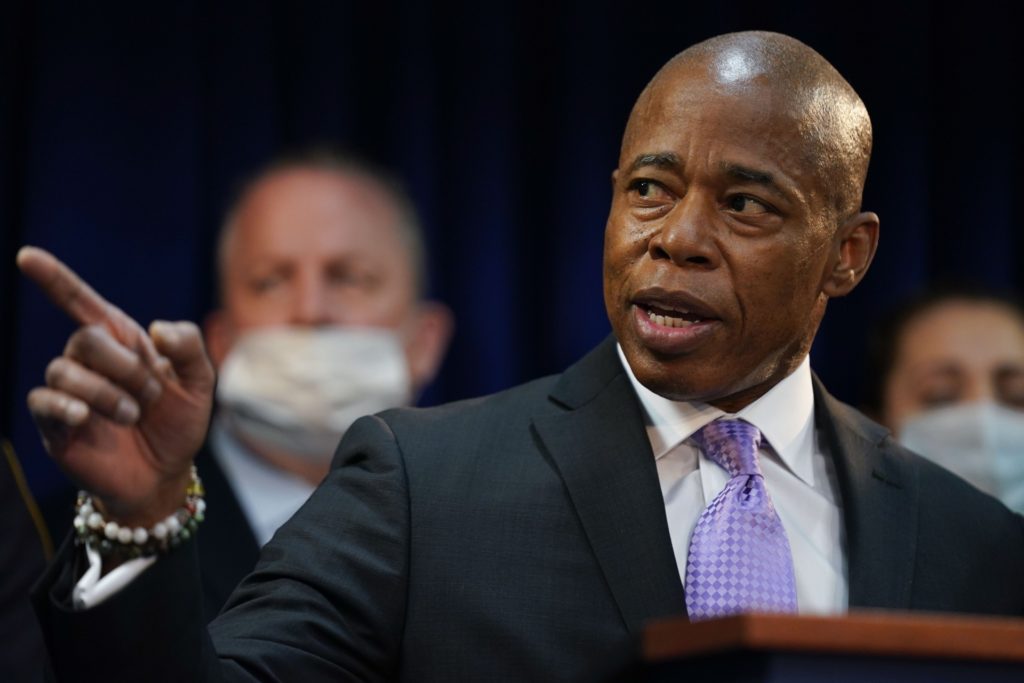 “Three-quarters of those workers had already been on leave without pay for months, having missed an earlier deadline for getting vaccinated in order to stay on the job,” the AP report said.

In August, then-New York City Mayor Bill de Blasio (D) announced the “Key to NYC Pass,” a vaccine passport program that barred the unvaccinated from going to gyms, restaurants, and entertainment venues in the city.

Now, Mayor Eric Adams’ (D) office explained hundreds of employees showed proof of vaccination or received the shots after being told they would lose their jobs, the AP article continued:

“City workers served on the front lines during the pandemic, and by getting vaccinated, they are, once again, showing how they are willing to do the right thing to protect themselves and all New Yorkers,” Adams said in a statement. “Our goal was always to vaccinate, not terminate, and city workers stepped up and met the goal placed before them.”

Of the 1,430 fired workers, about 64% worked for the city’s education department. The United Federation of Teachers, the public school teachers’ union, said last week that about 700 of its members had been given notice they would be fired. The union joined with others to sue to block the firings, but a judge ruled in favor of the city on Thursday.

In October, thousands of workers joined together in New York to march across the Brooklyn Bridge and protest the coronavirus vaccine mandates.

In January, Adams said he was on the brink of mandating coronavirus booster shots for civic workers.

“If we feel we have to get to the place of making that mandatory, we’re willing to do that, but we’re encouraging them to do that now,” the mayor stated.