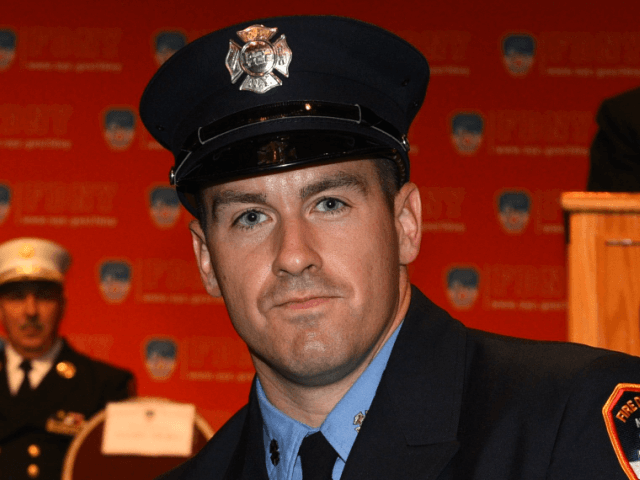 A New York City firefighter who plunged to his death off of a Brooklyn bridge Sunday evening had been trying to rescue two injured car crash victims trapped under their vehicle.

Pollard, who had spent a year and a half serving with FDNY’s Ladder Company 170, responded to a two-car accident on the Belt Parkway near the Flatbush section of Brooklyn attempting to reach two injured motorists.

The passengers’ vehicle reportedly flipped over, leaving them trapped inside.

Pollard attempted to cross a three-foot gap in the road separating the eastbound and westbound lanes of the highway to reach the stranded motorists when he accidentally stepped into the gap, plunging 52 feet to his death, fire officials said in a statement.

Officials say it is unclear whether Pollard knew of the gap when he attempted to cross it.

“It’s a very sad night here in our city,” Mayor Bill de Blasio told reporters early Monday morning. “[Pollard] was trying to do such a good and important thing and it’s just really painful to see him as we did in the hospital room.”

Pollard came from a long line of New York City firefighters. His father, Ray, is a retired firefighter and his brother, Ray Jr., works for the FDNY in Brooklyn.

“This is a family who has done so much for New York City and now they’re going through this loss and this pain. It’s a very, very tough situation,” de Blasio added.

Nigro said in a statement that Pollard joins 1,150 other New York City firefighters who died in the line of duty.