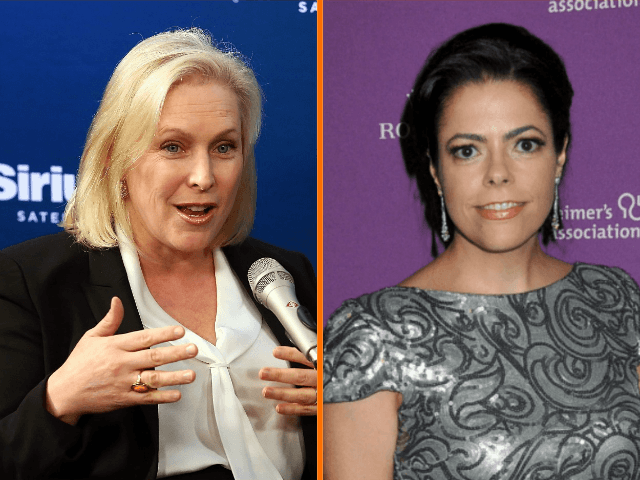 Farley contended that Gillibrand has “emerged as a leader of the dangerous socialist left of the Democratic Party which has turned its back on Israel.”

“New Yorkers deserve to know that in the name of blind ambition Kirsten Gillibrand has abandoned her principles,” said Farley in a campaign statement. The Republican candidate posited that Gillibrand is positioning herself to the far-left as part of a strategy to run for president in 2020.

“We cannot give an inch and we can never turn a blind eye to anti-Semitism in any form and at any time,” said Farley. “As New York’s Senator, I will be rock solid in my support of Israel, our greatest ally in the Middle East.”

Farley ramped up her criticism of Gillibrand after the politician two weeks ago continued her association with anti-Israel radical Linda Sarsour by appearing with the extremist at a Washington D.C. rally. Gillibrand has also taken other moves that seem to position her against mainstream support for Israel, Farley noted.

Sarsour introduced Gillibrand to attendees at the rally against Brett Kavanaugh as a politician “who works for us on the inside.”  The rally took place one week before Kavanaugh was confirmed as Supreme Court Justice.

Promoting Gillibrand, Sarsour stated: “I want to introduce to you another champion, another one of our people who works for us on the inside. Someone who understands that she works for the people of this country, who’s been speaking up against sexual assault and sexual violence before there was a Brett Kavanaugh. Please give it up for the senator.”

Two weeks ago, this reporter outlined “five reasons Gillibrand is dangerous for Israel.”

Those reasons, this reporter contended, include:

Regarding Sarsour, Gillibrand has other links to the anti-Israel activist.

Gillibrand also keynoted the October 2017 “Brooklyn Conference” at the Brooklyn Museum, which featured Sarsour as a speaker on the same day.

Another speaker that day was Alicia Garza, co-founder of Black Lives Matter, which supports the BDS movement. The main sponsor of the conference, as advertised in literature for the event, was George Soros’s Open Society Foundations. The Open Society supports scores of pro-BDS groups.