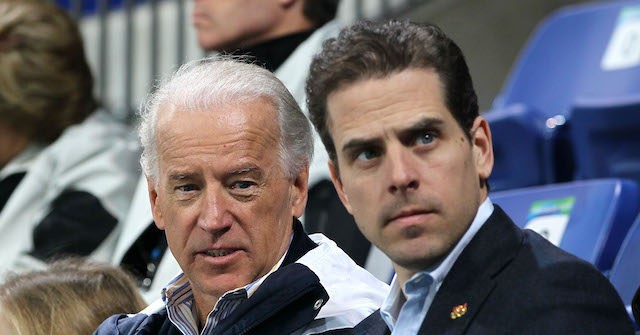 Levine said, “If Democrats hold on to the House after the November midterm, there is not going to be a Hunter Biden investigation. The Oversight Committee has basically decided to circle the wagons around this president and deny the American people the right to know the question about what was Joe Biden’s involvement in his son’s overseas business dealings, something that this network, The New York Post, and other outlets have proven over and over again.”

Co-host Dana Perino said, “If Republicans do flip at least the House, how quickly might documents be produced?”

Hunter Biden is the subject of a brand new narrative film, My Son Hunter, marking Breitbart’s expansion into film distribution. The film was directed by Robert Davi (Goonies, License to Kill, Die Hard) and stars Laurence Fox (Victoria, Inspector Lewis, The Professor and The Madman) as Hunter Biden; Gina Carano (The Mandalorian, Deadpool, Heist) as a Secret Service agent; and John James (Dynasty) as Joe Biden. It was produced by Phelim McAleer and Ann McElhinney (Gosnell movie, FBI Lovebirds: Undercovers) from the Unreported Story Society. The film is available RIGHT NOW for Streaming and Downloading at MySonHunter.com. The trailer below has been viewed almost 5 million times across social media.