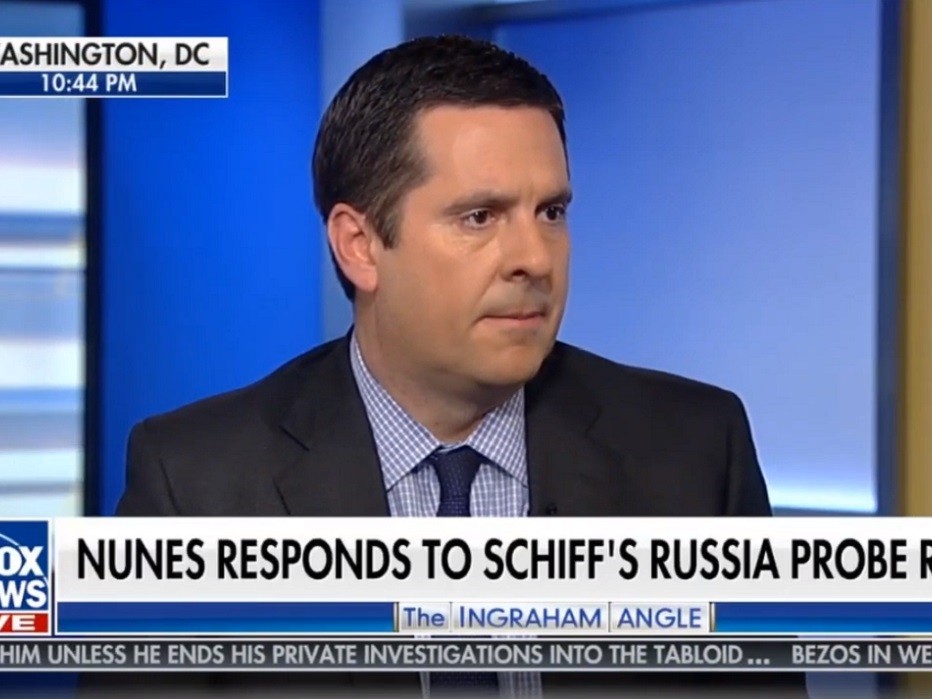 In an appearance on Fox News Channel’s “The Ingraham Angle” on Thursday, Rep. Devin Nunes (R-CA), the ranking Republican on the House Intelligence Committee, commented on his Democratic counterpart chairman Rep. Adam Schiff’s (D-CA) push to have Acting U.S. Attorney General Matthew Whitaker testify in front of the committee.

Whitaker had said he would not testify if the committee exercised its authority to subpoena him as a witness.

Nunes asked as to why Deputy Attorney General Rod Rosenstein, who was originally responsible for the probe into allegations of Russian collusion in the 2016 presidential election that is led by special counsel Robert Mueller to testify before the committee.

“I don’t know why you would want Whitaker — he’s been the acting AG for a month,” Nunes said. “Why not bring Rod Rosenstein in, who started the special counsel, who it has been leaked that he is going to be leaving? Why would you not bring him in to talk about everything?”