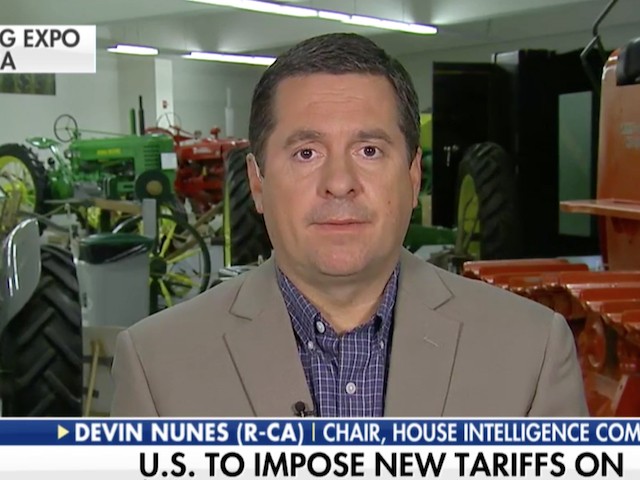 On this weekend’s broadcast of Fox News Channel’s “Sunday Morning Futures,” House Intelligence Committee chairman Rep. Devin Nunes (R-CA) said the transcripts and documents for witnesses in the House panel’s Russia investigation needed to be released “before” the midterm elections.

Nunes said, “We believe that the depositions that we took, I think nearly about 70 people, those need to be published, and they need to be published I think before the election. By published, I mean put out for the American people to review so that they can see the work that we did and they can see all of the people that were interviewed by us and their answers to those questions.”

He continued, “I think full transparency is in order here. I expect to make those available from our committee to the American public in the next few weeks.”

He added, “It’s in the best interest of our intelligence agencies to have full transparency on this because you’re really dealing with many Americans who are living in an alternative universe, who have drank this Russia Kool-Aid. There’s a large number of Americans, Maria I know it’s probably not the people watching your show right now, but you would be shocked at the number of Americans who have drank the Russia Kool-Aid and they actually believe that Donald Trump is under control of Vladimir Putin.”