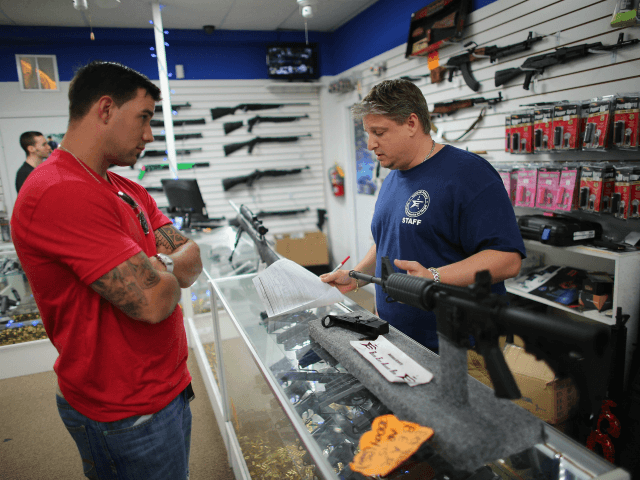 On June 3, 2020, Breitbart News reported that James banned the sales of guns and ammo as part of a State of Local Emergency, issued in anticipation of riots.

James’ emergency declaration put in a place a 72-hour ban on “the sale of, or offer to sell, with or without consideration, any ammunition or gun or other firearm of any size of [sic] description.”

His declaration also prohibited “the intentional display by or in any store or shop of any ammunition or gun or other firearm of any size or description.”

NSSF Public Affairs Director Mark Oliva said, “According to Florida law, if a local mayor declares a state of emergency, they are required to suspend the sale of firearms and ammunition.” The law is Statute Title XLVI, Chapter 870.

Oliva said, “The actions of the West Palm Beach mayor to declare an emergency exposed a flaw in Florida’s statute that violates the Second Amendment and the constitutionally-protected commerce-in-arms. The ability of law-abiding citizens to exercise their Second Amendment rights and legally defend their lives begins with their ability to approach the gun counter and purchase a firearm.”

The mayor of West Palm Beach signed an emergency declaration that triggered this denial of his citizens to legally obtain firearms and ammunition, while at the same time he acknowledged through his own declaration there was an emergency that put his citizens’ lives and property at risk. This was signed knowing the police in his city would not be able to respond to emergency calls to protect lives. This is unconscionable that a law would tell citizens that rioting, looting and mayhem is running rampant in the streets of their city and at the same time deny those vulnerable citizens the ability to lawfully obtain the resources they need to defend themselves and their loved ones. The National Shooting Sports Foundation will be working with Florida legislators to propose a change in this law when Florida General Assembly returns to Tallahassee.