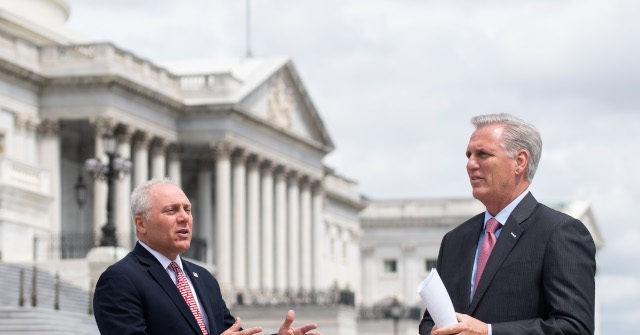 The National Republican Congressional Committee (NRCC), the campaign arm for House Republicans, announced the committee’s record-breaking fundraising haul of over $105 million raised through September, the first nine months in the 2022 election cycle.

The $105 million raised in the first nine months of the year is a 74 percent increase over the last election cycle, including the committee’s massive third-quarter haul of $25.8 million, which is $10 million more than the NRCC was able to amount in the third quarter of the last cycle. The Republican House campaign arm also raised its largest haul of campaign cash of $12.2 million for an off-year September.

“Voters are ready to fire Nancy Pelosi and hold the failed Biden Administration accountable,” said NRCC Chairman Tom Emmer. “A special thanks to Leader Kevin McCarthy, Whip Steve Scalise, our Republican conference, and the tens of thousands of generous donors who have made these record-breaking fundraising totals possible.”

With the $65 million cash on hand — nearly triple the amount the committee had at this time during the last cycle — Emmer added, “House Democrats are sprinting toward the exits because they know their days in the majority are numbered and we look forward to keeping up the pressure.”

McCarthy, who also announced a record-breaking figure on Tuesday — raising nearly $60 million for the House Republicans in the first three-quarters of the 2022 election cycle — said in a statement, “With 13 months to go, the contrast is stark — Republicans nationwide are fired up to take back the House, while Democrats are running for the exits.”

The NRCC and the Republican leadership are fighting for the Republicans to take back the House after the midterms if they successfully unseat Democrats. Breitbart News has extensively reported on Pelosi’s majority crumbling, as the Democrats are having problems finding candidates to run against Republicans for office.

Without successfully finding recruits and many members looking to retire or run for higher office, Pelosi’s chances of keeping the slim Democrat majority in Congress are shrinking.