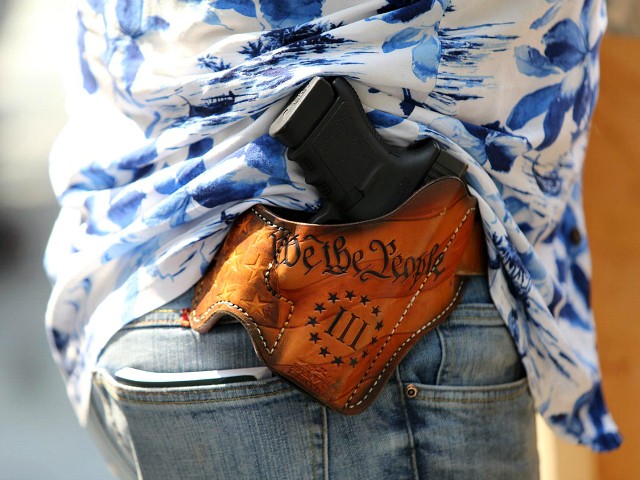 On Friday, the NRA posted a message for gun controllers in Congress and elsewhere saying, “We the People will never give up our guns.”

The tweet from the NRA comes as Democrats double down on gun control as a central message for the fast-approaching midterms.

They posted the message:

WE WILL NEVER GIVE UP OUR FIREARMS. #2A pic.twitter.com/zQnn9PZcpv

Moreover, Sens. Claire McCaskill (D-MO), Joe Donnelly (D-IN), Joe Manchin (D-WV), Bill Nelson (D-FL), and Jon Tester (D-Mont.) are all running for re-election with recent gun control support as part of their political history. Some of these Sens., like Nelson, for instance, are for bans on entire categories of firearms.

The NRA’s message to these Democrats and their surrogates in Hollywood and the establishment media is clear: “We the People will never give up our firearms.”