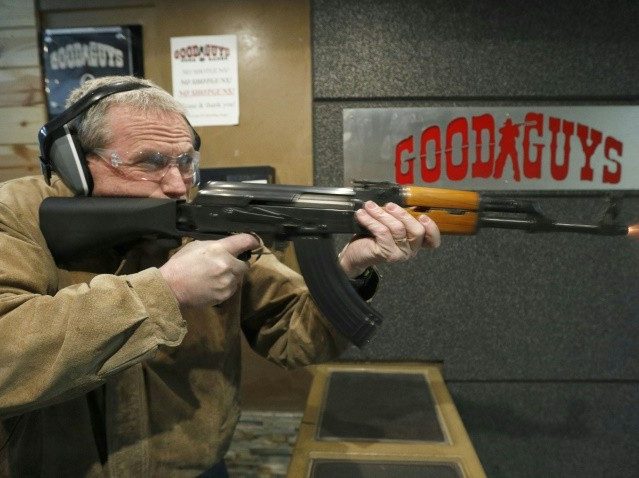 Hours after the Department of Justice put put forward the final language of the bump stock ban the NRA issued a statement expressing disappointment that citizens who legally purchased the accessories are not allowed to keep them.

Breitbart News possesses a copy of the DOJ’s summary of the final language of the ban, which says:

The Department of Justice is amending the regulations of the Bureau of Alcohol, Tobacco, Firearms, and Explosives (ATF) to clarify that bump-stock-type devices-meaning “bump fire” stocks, slide-fire devices, and devices with certain similar characteristics-are “machineguns” as defined by the National Firearms Act of 1934 and the Gun Control Act of 1968 because such devices allow a shooter of a semiautomatic firearm to initiate a continuous firing cycle with a single pull of the trigger.

The final language also makes clear there is no grandfather clause for currently-owned, legally purchased bump stocks. Rather, they must destroyed or handed over to the ATF within 90 days.

The NRA’s Jennifer Baker reacted to absence of a grandfather clause by saying:

We are disappointed that this final rule fails to address the thousands of law-abiding Americans who relied on prior ATF determinations when lawfully acquiring these devices. As we recommended to the ATF in our comments on the proposed rule Congress made it possible for the Attorney General to provide amnesty for firearms regulated under the National Firearms Act. The Attorney General should have exercised that authority to provide a period of amnesty under this rule.

The “comments” which Baker references were sent to the ATF on June 27, 2018, saying, “ATF now seeks to reclassify as “machinegun[s].” Owners of these products have relied on over a decade of ATF’s own rulings and guidance when lawfully acquiring bump fire stocks, and the proposed rule would now turn these gun owners into felons or require destruction of their property.”

In those June comments the NRA highlighted that the final rule language does not provide a registration period whereby current bump stock owners could register, and therefore keep, their legally purchased property. Machine guns, suppressors, and other NFA-regulated weapons can be legally owned and used following registration.