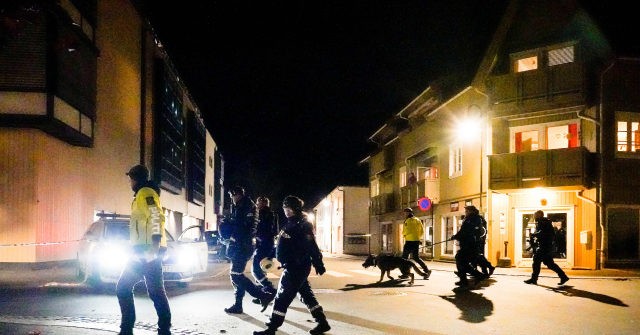 Police have confirmed that the man suspected of having killed five and injured two with a bow and arrow in Kongsberg, Norway, was a convert to Islam who had been flagged by authorities over radicalisation concerns before the attack.

During a press conference on Thursday, Police Chief Ole B. Sæverud confirmed that the suspect in the killing of five people and injuring of two others on Wednesday evening is a 37-year-old Danish citizen known to police. The attack occurred in the centre of Kongberg, 50 miles south-west of the Norwegian capital Oslo, and several of the victims had been attacked in a Coop Extra supermarket. Authorities believe he was acting alone.

“We are talking about a convert to Islam,” Police Chief Sæverud said, adding that, while they had not received any reports related to radicalisation this year, “there have been reports before, and these have been followed up”.

The victims have not been formally identified, but according to the Norwegian Broadcasting Corporation (NRK), they were four women and one man, aged between 50 and 70 years old. The broadcaster also said that it was aware that the accused had been convicted several times before, including being given a sixth-month restraining order against two family members after having threatened to kill his father.

Five Dead After Man Armed With Bow and Arrow Goes On Rampage in Norway https://t.co/VxnI7ont5t

Norwegian tabloid Verdens Gang (VG) reports that the suspect is a Danish citizen who had lived in Norway his whole life, and had not been working since the early 2000s. The newspaper also claims that a family member had been in regular contact with police over their concerns and had tried to get in touch with other authorities.

The family member told VG he believed the suspect was “mentally ill” and “should have been in a closed ward a long time ago”.

The man has since been charged with murder. Police attorney Ann Irén Svane Mathiassen told NRK that officials have interrogated the man, who admitted guilt, but would not disclose whether a motive had been established.

Saying that the suspect had been cooperative, Ms Mathiassen said: “He had explained what happened and what he did. He acknowledged the circumstances of what occurred and said that he was the one who carried out the actions.”

The attorney also said the suspect had used other weapons, the details of which she would also not disclose at the time of the press conference.