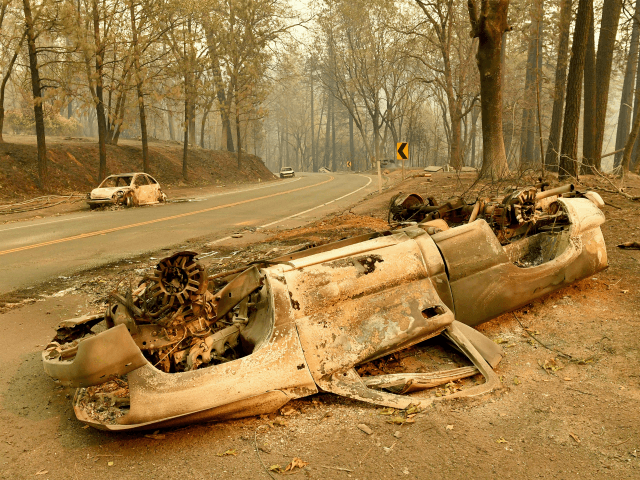 PARADISE, Calif. (AP) — Authorities have reported 13 more fatalities from a blaze in Northern California that destroyed a town, bringing the total death toll so far to 42 and making it the deadliest wildfire in recorded state history.

The dead have been found in burned-out cars, in the smoldering ruins of their homes, or next to their vehicles, apparently overcome by smoke and flames before they could jump in behind the wheel and escape.

In some cases, there were only charred fragments of bone, so small that coroner’s investigators used a wire basket to sift and sort them. The search for bodies was continuing.

Hundreds of people were unaccounted for by the sheriff’s reckoning, four days after the fire swept over the town of 27,000 with flames so fierce that authorities brought in a mobile DNA lab and forensic anthropologists to help identify the dead.

The statewide death toll from wildfires over the past week has reached 44.