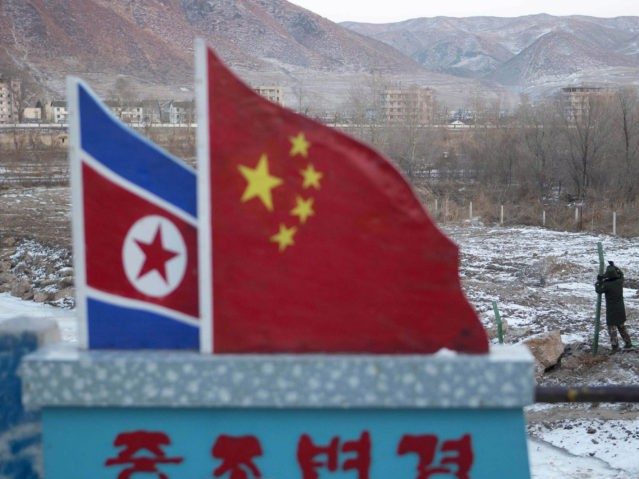 A North Korean delegation arrived in Beijing on Monday to participate in an international military forum amid ongoing Pyongyang-Washington negotiations over the denuclearization of the Korean peninsula, state-funded South Korean media reports

On Monday, a separate group of North Korean officials reportedly traveled to Russia.

In China, the North Korean delegation is expected to attend the 8th Beijing Xiangshan Forum from Wednesday to Friday.

The event, which is expected to bring together defense representatives from 30 countries, is sponsored by the China Association for Military Science and the China Institute for International Strategic Studies.

“A Beijing source said there is a possibility of North Korea and China discussing bilateral military cooperation on the sidelines of the forum,” Yonhap pointed out. “The source raised speculation about an inter-Korean dialogue in Beijing, as South Korea will also send a delegation to the Xiangshan Forum.”

According to Yonhap, North Korea’s delegation to Beijing is “drawing keen attention, amid ongoing negotiations over its denuclearization.”

For months now, the Trump administration has been trying to convince Kim to take credible steps towards the complete, verifiable, and irreversible denuclearization of the Korean Peninsula in exchange for relief from international sanctions.

Pompeo is working on scheduling a second denuclearization summit between Kim and Trump.

On Friday, the top U.S. diplomat said he hopes to meet his North Korean counterpart soon to lay the groundwork for a “big step forward” towards denuclearization during the next summit.

“I’m very hopeful we’ll have senior leader meetings here in the next week and a half or so between myself and my counterpart to continue this discussion so that when the two of them get together there is real opportunity to make another big step forward on denuclearization,” the secretary reportedly told Voice of America (VOA).

Pompeo met with Kim early this month during which the North Korean dictator “agreed to allow international inspectors in to see the country’s Punggye-ri nuclear test site. Though North Korean officials said they blew that test site up, there was no outside verification of the claim,” the International Business Times (IBT) reported.

“There’s a lot of logistics that will be required to execute that, but when we get them, we’ll put them on the ground,” Pompeo declared, adding the “real progress” in the denuclearization talks would come at a second Trump-Kim meeting.

An anonymous senior administration official indicated that the second summit is likely to take place early in 2019.

“A meeting is likely sometime after the first of the year,” the U.S. official told a small group of reporters, according to Reuters.

On June 12, Trump and Kim held unprecedented discussions on denuclearization.

The Heritage Foundation’s 2019 Index of U.S. Military Strength noted this month that North Korea has actually intensified its nuclear activities since the Trump-Kim meeting. A

[A]s of July 2018, there has been no decrease in North Korea’s WMD [weapons of mass destruction] arsenal or production capabilities.