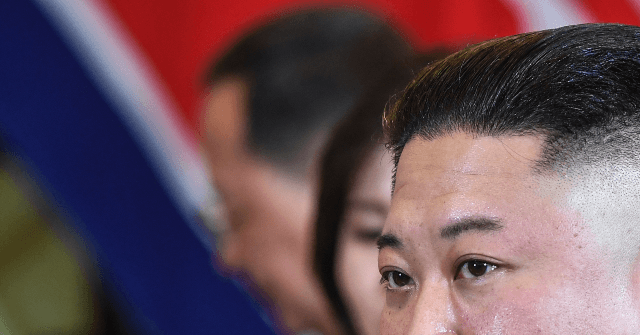 North Korea on Friday temporarily suspended “all air and train routes” to China due to the coronavirus outbreak, in addition to closing off its land border.

Pyongyang has also taken steps to close its border with South Korea, fearing the virus could spread there from China. According to South Koreans who work with North Korean defectors, the North is also temporarily halting the repatriation of defectors due to infection concerns.

Voice of America News reported that North Korea asked South Korea to close the liaison office in the border town of Kaesong and postpone operations to dismantle resort facilities on Mount Kumgang until the Wuhan coronavirus has been “completely erased.”

South Korea is planning to demolish the Mount Kumgang tourist complex on orders from North Korean dictator Kim Jong-un, who declared the long-unused resort an “eyesore” with “no national character at all” in October. The resort fell into disuse due to international sanctions and the shooting of a South Korean tourist who wandered off the grounds by a North Korean soldier in 2008.

The movement of people and goods across the North-South Korean border has reportedly halted. South Korean pastor Kim Sung-eun, noted for his work with North Korean refugees, said North Korea has asked China to stop repatriating defectors until the coronavirus epidemic has passed. Chinese sources said they expected even black-market shipping into North Korea would be sharply curtailed, despite serving as a major component of the North Korean economy.

On Monday, North Korea asked Russia to temporarily suspend the operation of the Baranovsky-Khasan railway between the two countries. The Russian embassy to North Korea said flights between Pyongyang and Vladivostok have also been suspended following Russia’s first two reports of coronavirus infection. The infected individuals were Chinese nationals who traveled to different parts of Siberia.

The Diplomat noted on Saturday that North Korea has been remarkably outspoken about keeping the Wuhan virus at bay. The intensely secretive and paranoid Communist dictatorship rarely discusses public health emergencies and usually strives to convey the impression that its infallible leadership can handle any threat – but with the Wuhan virus, emergency health lectures delivered to North Korean citizens include remarkably frank admissions that the national health care system is not prepared to deal with a coronavirus epidemic.

The National Interest suggested North Korea is especially paranoid about the Wuhan virus because it fears an epidemic would humiliate the regime by exposing its poor health care system and hideous administrative culture, leaving Pyongyang with little choice but to plead for foreign assistance – and it most likely would not get much help from its patrons in China, who are already overwhelmed by the Wuhan epidemic. This would help to explain why North Korea is willing to take defensive measures that appear insulting to China, which insists it has the virus under control and claims foreign travel restrictions are unnecessary.

North Korean state media reported on Saturday that Kim Jong-un sent a letter of condolences about the virus outbreak to Chinese Communist Party chief Xi Jinping, expressing his conviction that “the party, government, and people of China would surely emerge victorious in the campaign to combat the disease.”