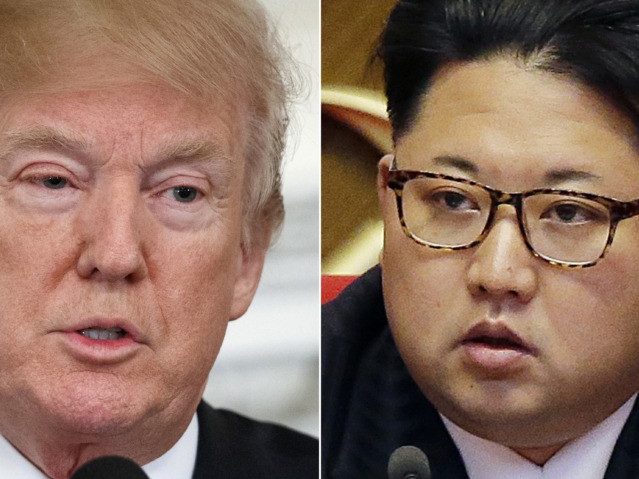 North Korea’s state newspaper Rodong Sinmun opened the month of October with a stern warning to readers that America’s “bourgeois ideology and culture” was a “constant danger” to the country, just days after a senior communist official declared to the United Nations that the country would never unilaterally abandon nuclear weapons.

Foreign Affairs Minister Ri Yong Ho, speaking on behalf of dictator Kim Jong-un, told the U.N. General Assembly that the shift in focus from developing nuclear weapons to “economic development” was a product not of a lack of will to create the weapons, but of having achieved full nuclearization. He added that, without concessions from the United States, there was “no way” North Korea would abandon its illegal weapons program.

By Monday, Rodong Sinmun had done away with the veneer of politeness that Ri attempted to bring to the U.N.

“The imperialists’ ideological and cultural poisoning targeting independent countries has become craftier and more vicious,” the newspaper warned. “There is constant danger of infiltration of bourgeois ideology and culture into other countries, given the escalated moves of the imperialists to stamp out the independent forces, and the complicated situation.”

“Young people” in particular, the newspaper continued, are under threat of being “affected by bourgeois ideology and culture to be hooligans seeking their own luxury only.”

Despite multiple talks with both South Korea and the United States, Rodong Sinmun has routinely published articles warning North Koreans never to look favorably upon free Western culture, particularly after it has covered interactions between North Korean officials and the outside world abroad. The state newspaper did cover Ri’s visit to the United Nations with a basic report on his remarks.

Ri primarily used his speech to blame the United States for the continued existence of North Korea’s illegal nuclear weapons.

“Without any trust in the U.S. there will be no confidence in our national security and under such circumstances, there is no way we will unilaterally disarm ourselves first,” Ri asserted.

He accused the United States of insisting “on the ‘denuclearization-first’ and increases the level of pressure by sanctions to achieve their purpose in a coercive manner.”

“The perception that sanctions can bring us on our knees is a pipe-dream of the people who are ignorant about us. But the problem is that the continued sanctions are deepening our mistrust. The reason behind the recent deadlock is because the U.S. relies on coercive methods which are lethal to trust-building,” Ri concluded.

Ri also emphasized that the call by Kim Jong-un to replace nuclearization efforts with economic development was not a refusal to expand nuclear capability, merely proof that “we have sufficiently consolidated national defense capabilities and war deterrence to cope with the nuclear threats against the DPRK.”

North Korea has some support within the United Nations for lifting the unprecedented sanctions regime it is currently under. China and Russia, two permanent members of the Security Council, have both begun lobbying to lift international sanctions to reward North Korea for holding meetings with South Korea and the United States, both countries which have had to pay for hosting lavish events to please the expensive tastes of their impoverished guests.

North Korean state media attempted to return the favor to China, at least, with an extensive congratulations posting on National Day, October 1. Kim Jong-un personally sent a note of “warm congratulations and cordial greetings on behalf of the WPK and the DPRK government and people to Xi Jinping and, through him, to the CPC and the PRC government and people on the occasion of the 69th founding anniversary of the PRC.

“The foundation of the PRC was an epochal event that brought about a fundamental turn in hewing out the destiny of the Chinese people and developing the history of China,” according to Kim.

Despite talks between America and North Korea stalling in the past months, President Donald Trump told a crowd at a rally on Saturday that dialogue between the two countries has been a tremendous success.

“I was really being tough and so was he. We would go back and forth and then we fell in love, ok? K?” Trump joked. “Yes, I came in and took a very hard position, very hard position. And you know what? Now we have this great relationship and let’s see what happens.”

Secretary of State Mike Pompeo is scheduled to visit North Korea in October for further talks on denuclearization.