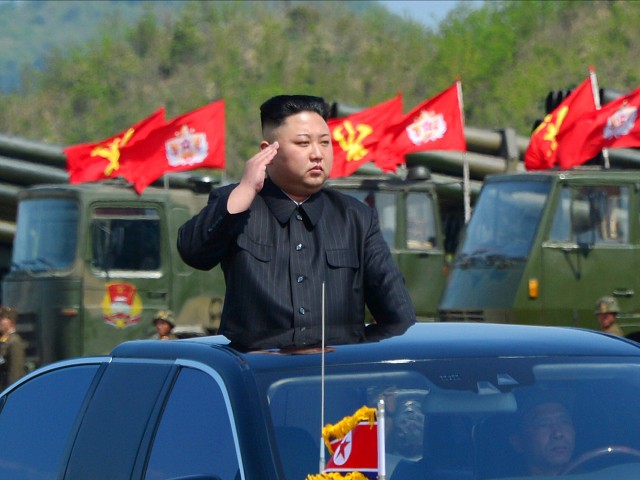 North Korea has deported an American citizen who admitted to having entered the country illegally, claiming to be working at the direction of the Central Intelligence Agency (CIA), state media announced Friday.

North Korea reportedly detained the man, identified as Bruce Byron Lowrance, last month as he attempted to cross into the country through their northern border with China. He later told officials that he was “under the control of the CIA.” Authorities have since deported him to an area outside of the North Korean border.

In a statement Friday afternoon, U.S. Secretary of State Mike Pompeo thanked North Korea for their “cooperation” over the incident and the Swedish embassy helping to facilitate the release. However, it did not mention Lowrance by name.

“The United States appreciates the cooperation of the Democratic People’s Republic of Korea and the embassy of Sweden in facilitating the release of an American citizen,” Pompeo said. “The United States is grateful for the sustained support of Sweden, our protecting power in North Korea, for its advocacy on behalf of American citizens. The safety and well-being of Americans remains one of the highest priorities of the Trump Administration.”

Last November, a man of the same name was deported from South Korea after he was found lurking near the heavily armed border with North Korea. He reportedly told South Korean officials that he planned to help facilitate talks between Pyongyang and Washington, despite having no official role in government.

Police and intelligence officials who interrogated the man, believed to be in his mid-50s, claimed that they did not believe he was “psychologically disturbed.” Such an incident of cooperation towards a U.S. citizen is rare from North Korea. The regime has previously captured and consequently tortured American citizens they accuse of crimes on their territory.

The most recent case of this was that of Otto Warmbier, a college student arrested on charges of spying after he stole a propaganda poster from a hotel room. After being held in prison and tortured for months on end, North Korea eventually sent him back to the U.S. with severe brain damage, and he died shortly after his return.

North Korea’s more sympathetic approach is likely to do with the ongoing peace negotiations taking place between the two countries as both sides seek to reach a comprehensive agreement that will involve the regime giving up its nuclear weapons program in return for the lifting of economic sanctions. In May, the regime released three U.S. detainees as an apparent goodwill gesture ahead of President Donald Trump’s summit with communist dictator Kim Jong-un.