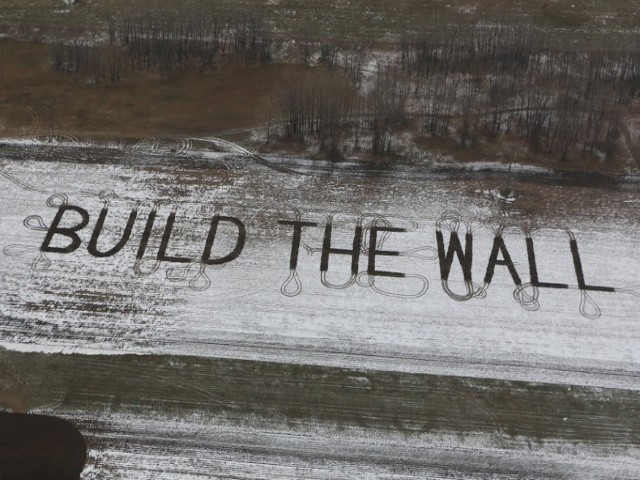 A farmer in North Dakota took to his fields to show his support for President Donald Trump by plowing “Build the Wall” after the president’s border security speech.

Farmer Gene Hanson of Edgeley of North Dakota said Trump is a “great American” and wanted to find some way to announce his support for the president’s agenda, according to Fox News.

That time, President Trump even thanked Hanson for his show of support via a post on Facebook:

“It’s the Christmas season,” Hanson told Fox News in December, “and I thought that would be really nice if he put the feed down in a sign of the cross and he did”:

As we reflect this Moo Year’s Eve, here’s a recent story that turned some heads! It looks like a Christmas miracle, but there’s a much simpler explanation to these images. 🐮https://t.co/iuXOn3eYdG