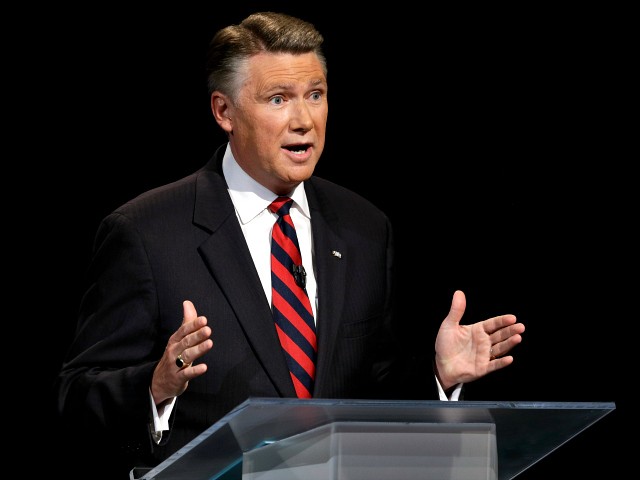 Democrat Dan McCready took back his concession to Republican Mark Harris in the race to represent North Carolina’s 9th Congressional District on Thursday, more than a month after the November 6 election in which local election boards certified Harris had won by 905 votes.

All of the ballots have long been counted and certified in the district’s eight counties, so the state board’s certification looked like a yawner until Democrat board member, Joshua Malcolm, cited concerns with fraud or voting irregularities and motioned to exclude the 9th CD race from certification. The motion carried, 9 to 0.

Observers were still in the dark until Progressive activist, Gerry Cohen’s late night tweet spilled the beans on his party’s agenda to pick apart the votes that Harris earned during the close contest.

According to Cohen, one precinct in the heavy Democrat Bladen County counted 159 absentee ballots. Only 18 were Democrats, 32 were Republican and 109 were listed as Unaffiliated, but “just 4 were black.”

The Republican explanation to such an unusual statistic would be that Harris had gained lots of black supporters in 2012, after his leadership in the Marriage Amendment election.

Others say Harris just beat Democrats at their own game. Bladen County was heavily criticized by incumbent Republican Pat McCrory, who lost his 2016 reelection bid. After that race, the State Board’s Investigations Division seized all absentee ballots and evidence suggested that demented nursing home patients had their ballots harvested by Democrat activists, but such vote fraud is rarely prosecuted in North Carolina.

On November 30, the same board voted by a seven to two margin “to hold an evidentiary hearing to address irregularities in the U.S. House District 9 race . . . on or before Dec. 21.”

“Allegedly the probe centers on an unusually high number of absentee ballots in Bladen County, North Carolina, as well as canvassers who gathered votes from several voters,” Breitbart News reported on Thursday.

In addition to the statistical analysis provided by Democrat lawyers and operatives to the board, they offered a number of sworn affidavits from Bladen County voters, none of which appeared to offer hard evidence of violation of North Carolina’s absentee ballot laws and regulations.

McCready peppered his concession withdrawal on Thursday with bold assertions of criminality for which he has no evidence.

Unproven allegations of potential criminal misconduct have been made against Leslie Dowless, 62, an independent contractor hired by Harris’ campaign consultant, but no criminal charges have been filed against Dowless or anyone else as of yet.

For his part, Republican Harris cried foul, noting that the full details of the alleged election irregularities have not been made public.

CNN offered its assistance to the Democrat challenge on Thursday, reporting that its own “review of absentee ballot envelopes has found irregularities with witness signatures in a second North Carolina county.”

Dozens of absentee ballots were witnessed by four people in Robeson County, which is adjacent to Bladen County — the place investigations by the state elections board and state and local prosecutors had been focused.

The people who witnessed multiple ballots are loosely connected to Leslie McCrae Dowless, the political operative who is being investigated for alleged election fraud.

North Carolina law requires two witnesses to sign the envelopes of the absentee ballots. Usually, those witnesses are family members or friends. Investigators in North Carolina are looking into allegations that Dowless’ group picked up unsealed ballots and either witnessed them and turned them in or threw them away.

One of them, Jennifer Boyd, signed 57 ballot envelopes, nearly 9% of all the absentee ballots that were cast in Robeson County. Another woman, Lisa Britt, who signed 28 of the Robeson ballots, also witnessed 42 ballots in Bladen County. Britt is the daughter of Dowless’ ex-wife.

Unlike in Bladen County, Democrat Dan McCready won more of the absentee vote in Robeson County than Republican Mark Harris did.

According to Absentee Ballot voter instructions provided at the North Carolina Board of Elections website, “the voter should mark the ballot, or cause it to be marked according to his or her instructions . . .[i]n the presence of two witnesses (or one witness if the witness is a notary-public).”

Once the ballot is marked, the voter or a person assisting the voter must seal the ballot in the container-return envelope and must then complete the Absentee Application and Certificate on the back of the ballot container-return envelope. The voter’s witnesses must complete and sign the envelope in the space designated as Witnesses’ Certification (or Alternative Notary-Witness Certification, if using a notary-public as the witness).  If someone assisted the voter, the assister must sign and date the certificate as well.

“Once the Absentee Application and Certificate is fully executed with all relevant signatures, the voted ballot (contained inside of the container-return envelope) must be returned to the county board of elections no later than 5:00 p.m. on the date of the election,” the voter instructions continue:

The envelope may be mailed or delivered in person to the board of elections’ office. Only the voter or the voter’s near relative (spouse, brother, sister, parent, grandparent, child, grandchild, mother-in-law, father-in-law, daughter-in-law, son-in-law, stepparent, stepchild or qualified legal guardian) may deliver an absentee ballot in person.

An absentee ballot may also be delivered to an election official at a one-stop voting site during any time that site is open for voting. Ballots received after 5:00 p.m. on election day will be timely ONLY if they are received by mail and bear a postmark that is dated on or before the date of the election and are received no later than 5:00 p.m. on the third day following the election.

There are many possible outcomes after the board holds its December 21 evidentiary hearing.

It could also call for another special election between McCready and Harris or simply refuse to certify any winner in the election and let the House of Representatives, now under Democrat control, determine who should be seated to represent the 9th Congressional District when the 116th Session of Congress convenes in Washington on January 3.