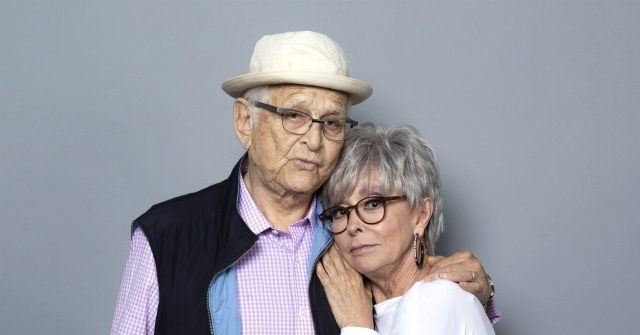 Hollywood TV producer Norman Lear, 98, and actress Rita Moreno, 88, have collectively lived through the Great Depression, World War II, and the upheavals of the Vietnam War era. But for these two seasoned Hollywood leftists, nothing in history matches the “horror” of the Trump administration.

Norman Lear and Rita Moreno spoke to The Daily Beast about the latest One Day at a Time reboot, which is airing Monday on CBS. During the joint interview, the conversation turned toward President Donald Trump.

The Oscar-winning actress didn’t elaborate on the “horror” of the Trump administration. The octogenarian star failed to note that unlike many of the previous presidencies that she has lived through, President Trump has not started any wars during his tenure in the White House.

Moreno added the current social climate regarding race reminds her of the the civil rights era.

“What is fascinating now is that we’re doing it all over again for the very same reasons. And that’s dismaying, to say the least. It’s so crazy. I mean it sounds so familiar. But what’s different this time is that somehow we are more determined than ever.”

Moreno also spoke about what she sees as a lack of Latino representation in Hollywood.

“What’s happened to Latinos in films and in television?” she said “Why have we not moved ahead? It’s a huge puzzle. I am absolutely perplexed and confused. I honestly don’t know what the heck is going on with the Hispanic community.”

Rita Moreno recently appeared in a political video from the Never Trump group Defending Democracy Together that pushed for vote by mail.

The actress revealed that her character in One Day at a Time talks about the president. “I do have a line in this particular season about Trump and it just slides off the tongue,” she said.

Lear added: “A lot of the conversations on the show are things that people or viewers are aching to say and haven’t said themselves yet. That’s what I hear most from people.”

Norman Lear was among a slew of Hollywood elites who lavished money on Joe Biden’s presidential campaign during the second quarter, according to financial disclosures filed by the Biden Victory Fund.