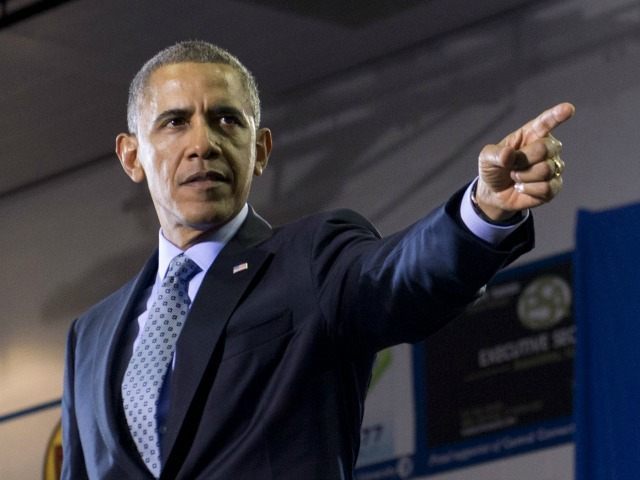 “The country’s first Black President and First Lady, Barack and Michelle Obama, is one of the top three choices for the school’s new name, but is drawing opposition in the area with a large Latinx population,” local media reported.

“I will not be part of renaming a school after someone who did not and does not represent the undocumented community,” one school board member, who claims he was an illegal alien as a child, said.

“Waukegan activist Julie Contreras works with a group that runs shelters for [illegal alien] children at the U.S./Mexico border. She said former President Obama failed to deliver on promises to help the immigrant population.”

Here’s my favorite quote: “If you’re removing the name of Thomas Jefferson – one oppressor – the name of Obama is another oppressor and our families do not want to see that name.”

So the Woke Gestapo are removing Thomas Jefferson’s name from this school, the man who wrote the Declaration of Independence, a Founding Father, our country’s third president, and Barack Obama, America’s first black president, is not a woke-enough replacement for these fascist lunatics.

And he wasn’t even that great at deporting people. He created the unconstitutional DREAMer program that violates the law by allowing certain illegals to not get deported. If it were up to him, Obama would have opened our southern border and flooded the whole country with illegal Democrats… And he’s still not woke enough for the Woke Supremacists.

God forgive me, I love it. Watching these blacklisting Nazis tear into each other, especially the oh-so-precious Barack Obama, makes my day.

Also getting tossed out is former first lady Michelle Obama. Her name is supposed to go up on one of these schools, as well.

Overall, though, how stupid is all this? Erasing history? I attended Thomas Jefferson Elementary School for five years, and I still oppose slavery.

All I know is this… History has never-ever-ever-ever looked kindly on censors, blacklisters, fascists, book burners, and bullies. These monsters are always-always-always history’s villains, and deservedly so. One of my primary goals in life is to live long enough to see this happen to this current crowd.

These are evil, vile people, but when they go after Michelle and Barry Obama, I have to admit I kinda love ’em.