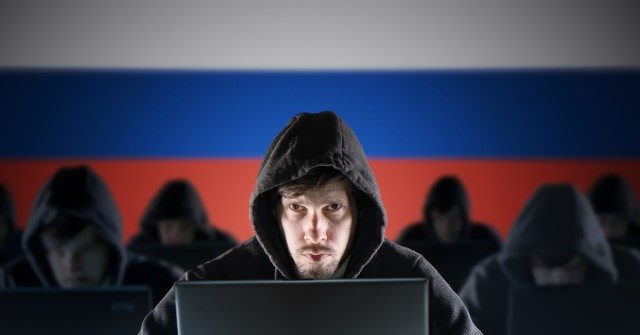 McCarthyism has gone back to the future, with the federal intelligence community accusing the website Zero Hedge of — wait for it, wait for it — collaborating with the Russians.

Naturally, the misinformation media, this time in the form of the far-left Associated Press, is playing stenographer. Get a load of this:

The officials said Zero Hedge, which has 1.2 million Twitter followers, published articles created by Moscow-controlled media that were then shared by outlets and people unaware of their nexus to Russian intelligence. The officials did not say whether they thought Zero Hedge knew of any links to spy agencies and did not allege direct links between the website and Russia.

The officials did not say whether they thought Zero Hedge knew of any links to spy agencies and did not allege direct links between the website and Russia.

You know what? That last sentence is so important I’d like to repeat it once more…

The officials did not say whether they thought Zero Hedge knew of any links to spy agencies and did not allege direct links between the website and Russia.

Hey, I’m no Capital “J” journalist or anything, but isn’t the correct response to this something along the lines of, Call me back when you do have some evidence? But instead, the AP took dictation. Such good dogs.

So the Deep State War Machine has no evidence of Zero Hedge collaborating with the Russians, did not even allege there were links between the two, and still, these fascists are smearing Zero Hedge, and the A.P. is happy to run wild with the following headline: “U.S. accuses financial website of spreading Russian propaganda.”

The sub-headline is even worse: “U.S. intelligence officials allege a conservative financial website with a significant American readership is amplifying Kremlin propaganda.”

Before we get to Zero Hedge’s perfect reply, can I tell you what I think is happening here… And I swear my thoughts are my own. I swear Vladimir Putin and I never discuss geopolitics. In fact, the last time Vlad and I spoke, it was mainly about Ben Affleck hooking up again with J-Lo.

Anyway, this is what I think is happening…

The War Machine — you know, the War Machine that convinces Americans to spend trillions of dollars liberating foreign people when all we do is kill a bunch of them and then abandon the rest — that War Machine is furious Americans didn’t bite on this Ukraine narrative, furious that the ole gotta-liberate-the oppressed-peoples ploy flopped. You see, we’re just not buying their shit anymore, especially when the president of Ukraine is all: I don’t know what y’all are talking about. We’re fine.

From where I sit, the overall public reaction to the Ukraine war drums generated by the War Machine, the corporate media, and the Biden administration fell into two categories: indifference and disbelief. Come on, we all knew it was B.S. coming from a War Machine desperate for profits, a corrupt media desperate for ratings, and a president desperate to boost his approval numbers and distract from his radioactive pile of domestic failures.

And even if Russia did or does invade, what the hell are we going to do about it — I mean, other than kill a bunch of innocent people and then abandon the rest?

After WMD, the Deep State conspiracy to fabricate the Russia Collusion Hoax, Military Drag Shows, and all those lost wars, does the Deep State War Machine honestly believe we are going to do anything other than point and laugh at them?

So now, because they got nothing left, the feds and the misinformation media are pulling out the McCarthyism Card to accuse a respected alternative media outlet of doing Russia’s bidding without a shred of evidence.

Well, now we’ve done it – we’ve angered the CIA, and for what? For publishing views that challenge the conventional narrative, such as disputing that an invasion of Ukraine is actually “imminent” as the US State Department and its mainstream media conduits repeat day after day, or that the Covid virus was actually created in a Chinese lab, a view which has gained substantial prominence in recent months after it emerged that none other than the UK’s Jeremy Farrar (also known as the UK’s Doctor Fauci) played a pivotal role in stifling suggestions that this new virus might have come from a laboratory rather than emerged through natural zoonotic transmission from animals.

Of course, there is no actual accusation that Zero Hedge works directly with anyone tied to Russia or its intelligence apparatus – as the AP admits “officials did not say whether they thought Zero Hedge knew of any links to spy agencies and did not allege direct links between the website and Russia”, which is correct because – and we will repeat this once again for the record and for all future similar hit piece attempts to smear us –  this website has never worked, collaborated or cooperated with Russia, nor are there any links to spy (or any other) agencies; instead all the AP notes, citing some unnamed “intelligence official”, is that the US intelligence apparatus is unhappy that among our hundreds of guest publishing contributors is a website called Strategic Culture Foundation which US intel officials “allege” take direction from the SVR, the Russian foreign intelligence service. [emphasis original]

This War Machine flail at Zero Hedge is especially hilarious when we know for a fact — a fact — that China “paid more than $1.6 million for advertising campaigns in Time magazine, the Los Angeles Times, Financial Times, and Foreign Policy magazine, according to disclosures filed with the Justice Department.”

Allow me to close with this…

After whoring out your credibility for decades, I am truly sorry that you are now in such a desperate position you’ve returned to the old canard of McCarthyism, and by “truly sorry,” what I really mean is fuck you.