David Simon, the creator of the excellent HBO series The Wire, is trying to pretend he’s some kind of human rights activist by refusing to do business with the great state of Texas. And he’s trying to do this even as his benefactor, Time-Warner, cozies up to and does business with the communist Nazis in China.

You see, it costs David Simon nothing to trash Texas and to refuse to do business with Texas. In fact, within his elite social circle, he will earn all kinds of praise for doing something that costs him nothing. 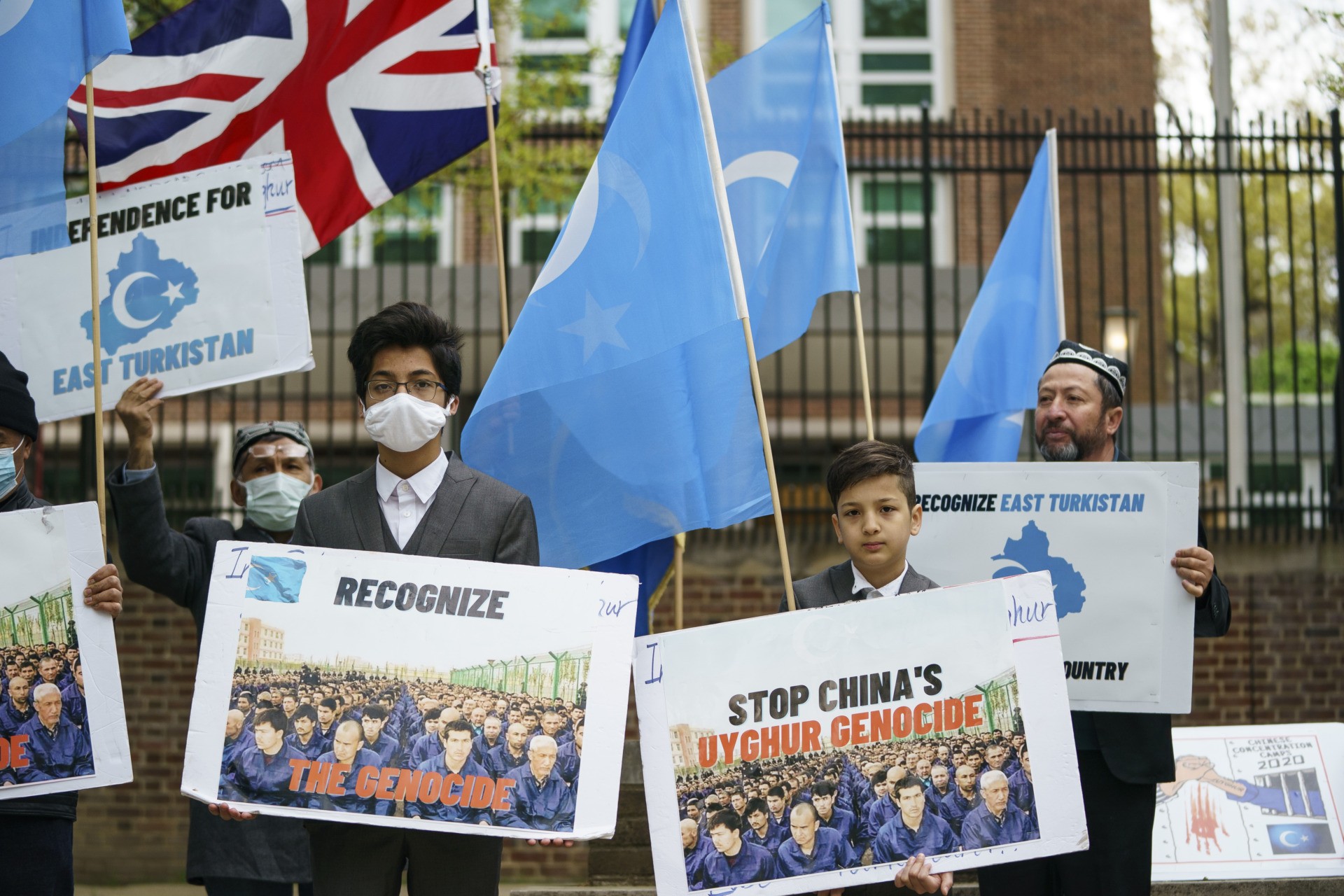 The group is calling for Uyghurs and other Turkic people fleeing Xinjiang to be granted refugee status and calling for an international boycott of the 2022 Winter Olympic Games in Beijing, China. (Drew Angerer/Getty Images)

And although Simon is already wealthy, he’s such a greedy fuck that the millions he already has are not enough. He wants more and more and more millions, even if it means selling his soul to the communist Nazis in China. 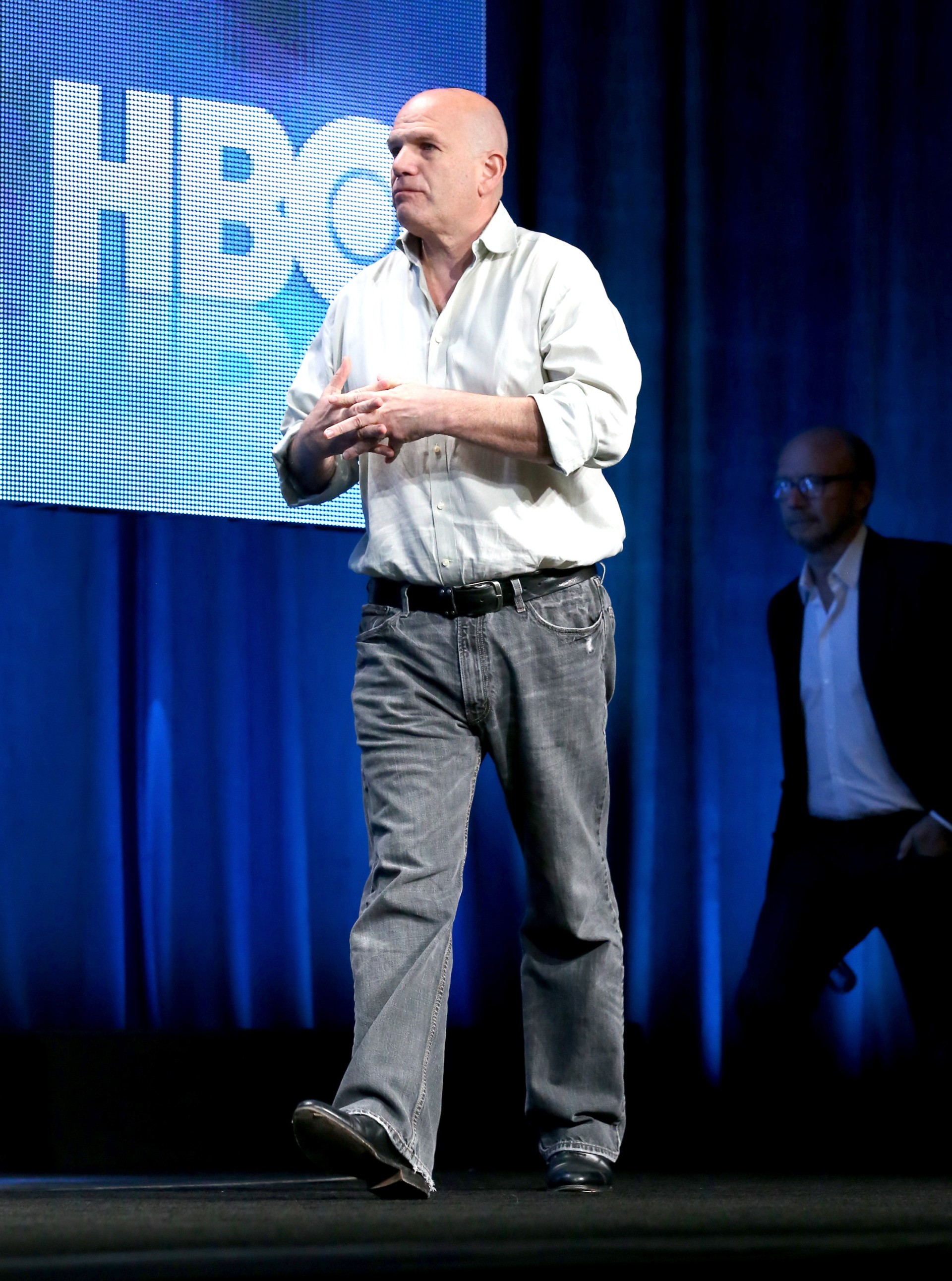 Writer/executive producer David Simon speaks onstage during the ‘Show Me A Hero’ panel discussion at the HBO portion of the 2015 Summer TCA Tour at The Beverly Hilton Hotel on July 30, 2015 in Beverly Hills, California. (Frederick M. Brown/Getty Images)

Look at this clown…

“[As] an employer, this is beyond politics,” Simon tweeted Tuesday. “I’m turning in scripts next month on an HBO non-fiction miniseries based on events in Texas, but I can’t and won’t ask female cast/crew to forgo civil liberties to film there. What else looks like Dallas/Ft. Worth?”

If an employer, this is beyond politics. I’m turning in scripts next month on an HBO non-fiction miniseries based on events in Texas, but I can’t and won’t ask female cast/crew to forgo civil liberties to film there. What else looks like Dallas/Ft. Worth? https://t.co/q6Py6XikYh

And when someone challenged him on the China question, here was his clown answer.

“[I work for] Time Warner, which no doubt has a variety of soulless corporate moments we could use to shout “squirrel” and avoid attending to the insane overreach in Texas,” he tweeted. “Or the fact that life, innocent or no, is not viable at far longer than six weeks.”

Gee, David, if you work for a company that you know has “soulless corporate moments,” what does that say about your own soul?

You see, he knows…  He knows exactly what he’s doing working with a soulless corporation, but he’s not willing to take a stand against that soullessness, not if that stand comes with any kind of price that will cost him money or hurt his standing in the industry.

Can you imagine what would happen if David Simon did the right thing and announced he would no longer do business with HBO until HBO’s parent company, Time-Warner, stopped doing business with China’s communist Nazis?

First off, it would do an enormous amount of good in calling attention to Time-Warner’s love and affection for communist Nazis.

But that is not a good David Simon is willing to do because it would cost him his job, which in turn would cost him millions, and it would also damage his standing in China-loving Hollywood.

And that’s all that matters to David Simon, and we know this because no one who cares about women’s rights would get in bed with China as David Simon has.

But let’s not be too hard on David Simon. Imagine how awful David Simon’s life would be if he were to do the right thing. Why-why-why he might end up an unemployed multimillionaire!

Actually, it should be “the whore, the whore,” because when it comes to human rights and religious rights and women’s rights and China, that’s what David Simon is… a whore.

This man has no moral principles beyond that which increases his standing among the sick, wealthy, racist, fascist, China-loving clique that is Hollywood.