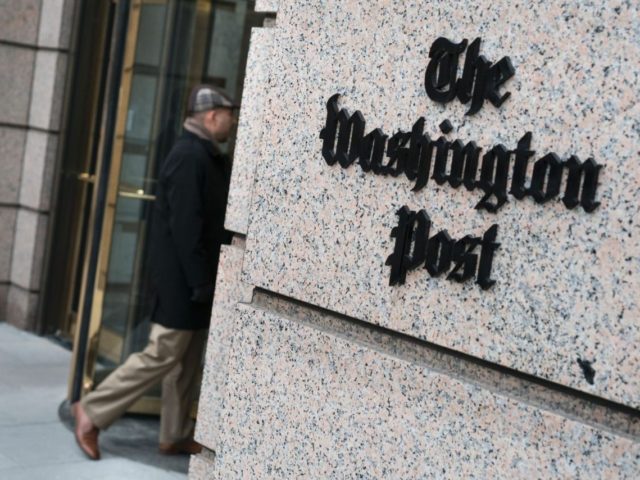 On Monday, the far-left Washington Post admitted it spread the very worst kind of lies about former President Trump on January 9. Nevertheless, as of this writing, the fake news outlet is refusing to expose the source of these lies.

This refusal is notable for several reasons…

To begin with, one of the ways in which the media are supposed to ensure anonymous sources do not burn them (i.e,. lie to them to further an agenda or their own personal interests), is with the threat of exposure.

This makes perfect sense, no? Without the fear of exposure, what’s to stop people from planting fake stories by posing as a high-level source, as someone in-the-know? Without there being a consequence for lying, why not plant lies?

Doesn’t it make sense that a media outlet concerned with its own credibility would expose the source responsible for them publishing a lie?

Before I get to why the disgraced Washington Post will not burn its source, it’s important to lay out just how serious this fake news was…

On January 9, the day before Georgia’s U.S. Senate run-offs — the second most consequential election of the 2020 cycle, the election that decided who controlled the U.S. Senate and just how far His Fraudulency Joe Biden could push this country left — the Post published a bombshell of lies undoubtedly timed to affect the outcome of that election in favor of the Democrat party.

The Post told the world there was a recording of then-President Trump talking with Frances Watson, the chief investigator of the Georgia Secretary of State’s office, and leaning on him by telling him he would be a “national hero” if he “found the fraud” to overturn Georgia’s win for Biden.

So the Post told the world this was caught on tape, that there is a smoking gun of Trump basically bribing a Georgia state official.

Well, there was just one problem… It never happened. It was all a lie, and over the weekend the disgraced Post was forced to issue what it obviously hoped would be a quiet correction of a story that should be retracted:

Correction: Two months after publication of this story, the Georgia secretary of state released an audio recording of President Donald Trump’s December phone call with the state’s top elections investigator. The recording revealed that The Post misquoted Trump’s comments on the call, based on information provided by a source. Trump did not tell the investigator to “find the fraud” or say she would be “a national hero” if she did so. Instead, Trump urged the investigator to scrutinize ballots in Fulton County, Ga., asserting she would find “dishonesty” there. He also told her that she had “the most important job in the country right now.” A story about the recording can be found here. The headline and text of this story have been corrected to remove quotes misattributed to Trump.

In other words, had the Wall Street Journal not obtained the recording of the call, we never would have known the Washington Post published a big, fat lie to meddle in and rig the January 10 Georgia run-offs.

This is a massive humiliation for the far-left outlet – oh, and for CNNLOL, which claimed it had independently corroborated the Post story. So…

At this point, in a sane world, you would think a news outlet concerned with its credibility would gleefully expose the anonymous source responsible for spreading this bald-faced lie. But as of now, the Post and CNNLOL are refusing.

Unfortunately, this is nothing new. When you look back at the breathtaking amount of lies CNNLOL and the Post have published over the past few years, not once will you find them exposing the source who supposedly lied to them.

The question now is, Why? Why won’t the Post begin the hard work of restoring its reputation and ensuring this will never happen again by making an example of the source?

Here’s why… Choose one, choose them all, but here’s why…

1.There Is No Source. The Post Made It Up.

Sorry, but after what I have seen from the Post over the past five years — one bald-faced lie after another about the Russia Collusion Hoax and all those Race Hoaxes, it makes perfect sense that a bunch of Washington Post editors sat around and made this up in the hopes of rigging the Georgia runoffs.

Ten years ago, this never would have crossed my mind. Today, it sits at the top of my list.

As we saw throughout the Russia Collusion Hoax and all those race hoaxes, the media are happy to be lied to if the lie furthers the left-wing narrative and agenda.

Lying sources also give the media cover to publish lies. Oops, this isn’t our fault, we were just reporting what a high-places source told us.

If the Post burns its source, this person might turn right around and say, Hey, they knew I was lying. I told them I was lying!

Because the elite media have basically devolved into a bubbled cult, there are no longer any repercussions when you blow a major story or get caught publishing a bald-faced lie.

The corporate media used to police itself. I mean, when Dan Rather published those fake documents about then-President George W. Bush in 2004, because the rest of the media cared about their own reputations, they raised hell about it.

Those days are over.

The only thing the media police anymore is ideological conformity within its own ranks. Things like this, things like lying about a presidential phone call just a few hours before a consequential election, are no longer frowned upon.

In fact, there is no doubt in my mind that media cultists are all thrilled the Post published this lie and are right now secretly congratulating the Post for lying to further the cause.