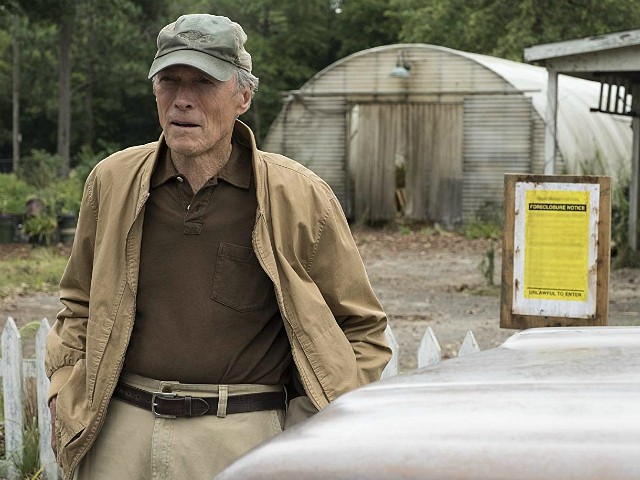 As much as I hate to sound defensive, in this, the era of stupid and lying leftists, I feel as though I have no choice but to open with the following…

Although I am frequently accused of it, I have never sought to police art, nor have I ever reviewed a film based on its political point of view. The very first movie I ever reviewed for Breitbart was Steven Soderbergh’s Che, a paean to communist killer Che Guevera, and I declared every one of its 257 minutes a masterwork. Having re-watched it earlier this year, my opinion has only increased.

What’s more, I spent months putting together a list of the Top 25 Leftist Films of All-Time, Oliver Stone is one of my favorite directors, Michael Moore’s Fahrenheit 9/11 is jaw-droppingly brilliant, and my favorite movie of all time is a brutal condemnation of racism and America’s unforgivable treatment of the American Indian.

If that does not prove my bona fides, I pretty much hated Eli Roth’s Death Wish remake, one of the most right-leaning mainstream movies in years, and said so.

Laying a political template over art, putting art to an ideological test, demanding Thought Conformity… These are acts of anti-art, the stuff of Stalin (literally), the stuff of police states. Being a conservative movie lover requires growing a thick skin. My beliefs are constantly under attack at the theater, but that thick skin helps me to look deeper — at the only stuff that matters in a film, which is theme and character.

Sure, Oliver Stone’s JFK is factually ludicrous, but outside of the bravura filmmaking what JFK is really about is the search for truth, even when it’s you against the whole world. Easy Rider’s protagonists are a couple of hippie drug dealers, but the movie’s theme is a cry for what I politically believe in above all else, which is the right of the individual to live his life however he wants, without the government or society interfering.

The vehicle a filmmaker uses to drive a theme — be it dirty filthy hippies or a wacky conspiracy theory — doesn’t matter to me. Stone’s muse is his political point-of-view and anyone who gets in the way of that, anyone who would attempt to silence, chill, or censor that is un-American…

Which brings me to Variety’s fascist review of  Clint Eastwood’s latest film, The Mule.

What you have in this obscenity of a review is an art critic, a movie critic, telling an artist — and by extension, all artists — what is and is not “correct” art.  This obscenity is an abuse of power, a publicly shaming campaign meant to warn other artists not to be “problematic” (a word the reviewer actually uses). This is, without question,  an attempt to police movie content.

In other words, rather than portray people as they are, rather than explore the ever-complicated human condition as it really is, rather than allow the viewer to make up his own mind, rather than tell the best story possible, the Art Stasi over at Variety (of all places) are demanding Eastwood’s art conform to the Woke Era… That it be correct.

The very publication that should be fighting for, defending, and championing the right of all artists to freely express themselves, is handing out demerits for WrongThink: [emphasis mine]

But Eastwood is a minimalist, and instead of building on what has come before, he whittles away, recognizing that the almost imperceptible uptick of an eyebrow or a discreet downturn of the mouth is more effective than a full-blown grimace or reams of dialogue. And frankly, with a character like this, it’s better when he keeps his mouth shut.

There’s a word for people like Earl Stone [Eastwood’s character], and that’s “problematic.” Most white Americans have a relative like Earl, who’s old enough to remember a time when good old boys ran the country and everyone else was their inferior. You sort of tense up in their presence, never knowing what kind of politically incorrect garbage will come spewing out — in this case, when Earl refers to a gang of motorcycle-riding lesbians by the nickname they use for themselves, or tells a group of Latinos that they ”all look the same” — and most of us let it slide, accepting that you can’t teach an old dog new tricks.

Except you can and we must[.]

[T]he trouble with “The Mule” is that it invites audiences to laugh along with Earl’s ignorance. From here, it’s no great stretch to imagine a movement — call it “Make Hollywood Great Again” — advocating for movies in which politically incorrect characters like the ones Eastwood has played for most of his career will be free to speak their minds again.

Further complicating the portrayal are the many ways Schenk’s script tries to make Earl likable — which he already is through the simple fact that he’s embodied by Eastwood.

They correct him, of course, but the movie never gives Earl the chance to demonstrate whether he learned his lesson.

If you’ve read this far, then you are at least receptive to the idea that “The Mule” could do better where its identity politics are concerned, and that’s perhaps the biggest letdown in a movie that’s otherwise classic Eastwood[.]

Now, I have certainly criticized movies that collapse in on themselves due to overbearing politics; dumb movies, bad movies that preach rather than tell a story. That is a perfectly valid criticism. Political propaganda sucks in all forms, from the right and left, but that is not Variety’s point here. Does anyone believe this story would be better served if Eastwood’s 90-year-old character got Woke?

I can guarantee you everything I emphasized in that Variety review reads exactly like the notes Joseph Stalin gave Soviet filmmakers. Stalin demanded ideological conformity from his artists, and the tireless dictator went so far as to read scripts prior to production as a means to ensure the end product stuck to the Party line.

And that is exactly what Variety is doing. Overall, the review is a positive one. The reviewer enjoyed The Mule, but he is also telling filmmakers what is politically “problematic” and therefore unacceptable. And to do such a thing is the stuff of McCarthysim, of blacklists, of authoritarians — and is as un-American as it gets.

Hollywood rightfully celebrated the end of the studio era Production Code — four decades of self-imposed censorship. But here we have a major trade publication calling for a new Production Code, one that is even more censorious. You could at least work around the old Code using subtlety and nuance. This new one is pure Stalinism.