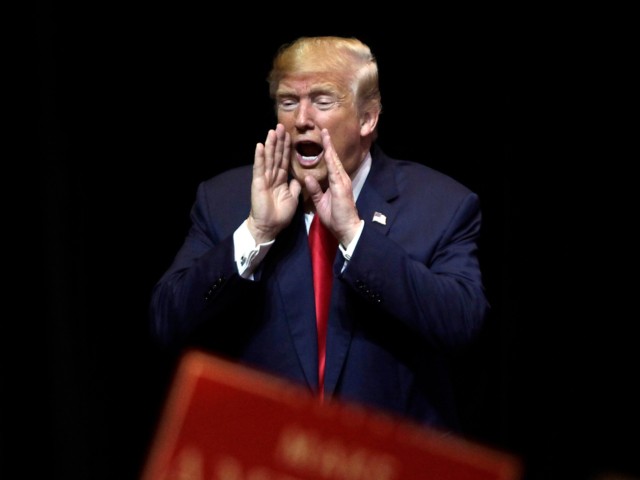 Chief Justice John Roberts was appointed to the Supreme Court — appointed. In fact, the entire judiciary is either clogged by those who have not earned a single vote or by those who won no more than the votes of one of the 50 states. And yet, when the man chosen by Americans to represent all of America criticizes the judiciary, the top judge in the country tells him to shut up.

After Trump accurately pointed out that there are indeed “Obama judges,” meaning judges on the Ninth Circuit who serve as left-wing activists as opposed to interpreters of laws written by the people’s elected representatives, Roberts vomited out this chunk of fake news:

We do not have Obama judges or Trump judges, Bush judges or Clinton judges. What we have is an extraordinary group of dedicated judges doing their level best to do equal right to those appearing before them.  That independent judiciary is something we should all be thankful for.

Roberts, though, is only the latest among the unelected to join this Fascist Gang of Unelected Shut Uppers.

The establishment media have not earned a single vote. No one has gone out and cast even one vote that would allow CNN, NBC, the New York Times, etc. to speak for any of us, much less all of us. And yet, when the man who actually was chosen by Americans to represent all of America criticizes the media, the unelected media tell him to shut up by attempting to bully him into silence with invented nonsense about how his criticism is “dangerous” and a violation of the Constitution.

Somehow it gets worse…

Although no one has cast a single vote for either the media or the judiciary, both of these institutions have launched unrelenting attacks against the man we did elect; are doing everything in their corrupt power to kill his agenda, to frame him for colluding with the Russians, to smear him as a Nazi… Which, of course, is their right as Americans.

But whenever the target of their abuse and lies returns fire, he is not met with argument and debate. Rather, he is met with a mob of elite thugs looking to bully him into silence.

Out of thin air, the Swamp is inventing a Constitution that prohibits the president of the United States from the right to free expression.

Well, that is not exactly correct…

The Swamp does not believe the Constitution deprives every president of his free speech rights, only this president.

How do we know this?

Because former President Barack Obama did not just criticize the media, he used the Department of Justice to spy on the media … and the media never once attacked Obama as un-American or un-constitutional, never suggested he shut up.

Obama berated the Supreme Court to their face in front of the entire country, and Roberts was only able to squeak out something about it being “troubling.”

Obama publicly warned the Supreme Court not to rule against Obamacare, and Roberts not only said nothing in defense of “judicial independence,” the robed coward literally rewrote Obamacare into something constitutional. “Independent,” my Aunt Fanny.

Yes, John Roberts, the media, and everyone else in this country has a God-given right to criticize, to argue, and to push back, even against the president of the United States. That is the way a healthy democracy operates — with a cacophony of argument and debate.

But that is not what Roberts and the media are doing. They are not arguing their side, they are not making a case for why they are right and Trump is wrong. Instead, they are doing the most un-American thing of all: attempting to convince us that the only person elected by the American people to speak for Americans is not allowed to do so.