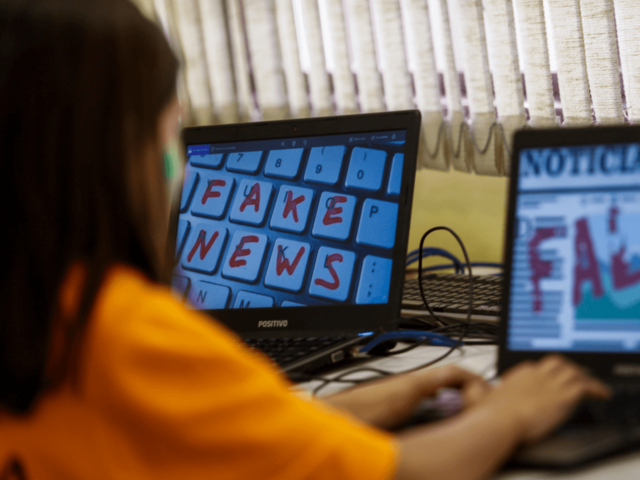 The far-left Daily Beast doxed a man for spreading fake news, a new standard of journalism that could very easily haunt everyone in the establishment media.

For the sake of argument, let’s assume the Daily Beast was accurate in its reporting on the man who created a fake video about House Speaker Nancy Pelosi (D-CA). What I mean is, let’s assume it is true that this man (who I’m not going to name) deliberately sought to deceive thousands of his Facebook followers with a video clip manipulated in a way to make Pelosi look drunk.

If true, I don’t have a lot of sympathy for the guy. If the Daily Beast’s reporting is accurate (a big “if”), this man did not advertise the video as a spoof and did publish it at a site that advertises as a straight news site. I loves spoofs. I love memes. But there is nothing funny or okay about deliberately trying to con thousands of followers in a cynical attempt to make YouTube money. But…

There is never anything okay about doxing anyone for any reason, which is exactly what the Daily Beast did to this man, and in doing so, the Daily Beast has opened up a Pandora’s Box that could haunt the establishment media forevermore.

Welcome to a whole new world.

Up until now, it was understood that doxing is an immoral act, something no legitimate media outlet or decent person would ever do. There have been exceptions. When she was with the far-left Politico, the New York Times’ Maggie Haberman doxed private citizens in an effort to boost Barack Obama’s 2012 re-election campaign.

In 2008, after then-candidate Barack Obama bungled a question asked by a private citizen Obama chose to approach during a neighborhood canvas, Politico’s Jonathan Martin (who is also with the Times now) was so desperate to change the subject away from Obama’s “spread the wealth” comment, he did a little oppo-research on this private citizen and published his tax liens.

The Daily Beast’s doxing is different, though, because it sets an all-new standard — let’s call it the Daily Beast Standard — a standard that says it is okay to dox anyone who deliberately spreads fake news.

You see, what the Daily Beast did is called retribution — and retribution is not journalism. This was an effort to intimidate, not an effort to report. This was a malicious act of doxing premised on a journalistic standard that says doxing is now okay if the person being doxed is guilty of deliberately spreading fake news.

Is this the world the media really want to live in…?

Have they even thought this through…?

Because, uhm, a whole lot of them are guilty of deliberately spreading fake news.

What I’m saying is this…

If the media’s Daily Beast Standard now says it is okay to dox those who deliberately spread misinformation, to dig into their private lives, their credit, criminal, and academic histories, their past relationships — and publish all of it — what we have here is an establishment media inviting an unprecedented examination of their own personal lives.

It is simply a fact that the establishment media set the standards of journalism in this country. And now that the media have violated yet another long-held norm about doxing, think about what they are inviting to be unleashed…

If the man behind the Pelosi video can be doxed for deliberately spreading fake news, why not everyone else guilty of the same?

Why not dox Jake Tapper, who relishes spreading fake news in a partisan effort to damage the political right?

Why not dox Jim Acosta, who has been caught red-handed deliberately misquoting Trump?

Why not dox CNN chief Jeff Zucker, the guy who runs a fake news network that has deliberately gotten every major story of the last six years wrong?

BuzzFeed still refuses to retract its proven lie about Trump telling Michael Cohen to lie. Hell, BuzzFeed published the Russia dossier on Trump it knew was fake. Why not dox BuzzFeed’s Ben Smith?

Here are 51 lies told about the Russia Collusion Hoax across every possible media outlet. According to the Daily Beast Standard, I guess it’s now okay to dig into the personal lives of everyone involved… Run credit reports, publish home addresses, talk to old lovers, interview neighbors and family members…

Hey, what about legendary Watergate reporter Carl Bernstein, who got caught lying about his sourcing for a fake news story?

And what about the Daily Beast?

Let me be very, very, very clear about something…

I have been raging against doxing going back a decade, going all the way back to 2008 and 2012, to before it even had a name. I am in no way okay with anyone being doxed, even the worst of the worst at CNN and the Daily Beast, but…

Unfortunately, I don’t set the standards in journalism. That’s the media’s job, and now that the media have embraced and authorized the Daily Beast Standard, I have an unsettling feeling they will live to regret it, especially now that they have surrendered their moral authority on the issue.