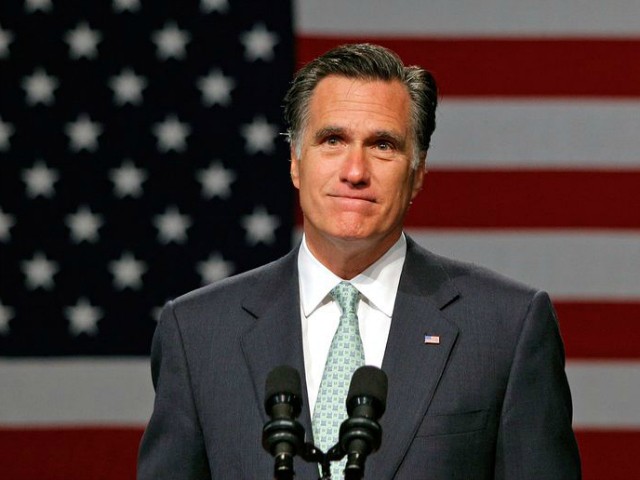 A Rasmussen poll shows that only 29 percent of Republicans “say the GOP should be more like the party’s failed 2012 presidential candidate,” Sen. Mitt Romney (R-UT).

Beating Romney 2-to-1 is President Trump. According to this same poll, a wide majority of 63 percent “think the Republican Party should be more like Trump than like Romney.”

Rasmussen polled 1,000 likely voters in the wake of Romney’s disastrous decision to attack Trump’s character on the pages of the far-left Washington Post earlier this month.

Many believe Romney published the op-ed as a means to lay down a marker, to be seen as Trump’s closest rival for the heart of the Republican Party, possibly to lay the groundwork for a 2020 primary challenge.

Unfortunately for Wellborn Willard, his opportunistic decision to attack Trump, and to do it in a left-wing propaganda rag like the Post, only served to raise more questions about Romney’s mercenary character, as opposed toTrump’s.

With a partial government shutdown in effect as Trump takes a principled stand to build a wall along the Southern border as a means to put an end to America’s illegal immigration crisis, Romney’s ham-handed decision to target Trump at any time, much less at this time, is widely seen as yet another political error from the tone-deaf Romney.

The blowback against from his fellow senators was immediate, and now the rank-and-file in the Republican Party are rejecting him in a big way. Obviously everyday Republicans see Romney for what he is — a political sleaze who trashed Trump in the most personal way imaginable during the 2016 campaign, but then sought to become Trump’s Secretary of State.

Romney also sought and received Trump’s endorsement for his carpetbagging Senate run in Utah, but then, as his first official act as an incoming Senator,  stabbed the president in the back in the Post.

No one is arguing Trump is perfect, but you always know where you stand with the gut, and unlike Romney, he does not seek favor with the demonic DC media.

From all sides, Trump is taking flaming arrows in the back to keep his  promises while overseeing a roaring economy, two spectacular choices for the Supreme Court, low gas prices, the defeat of ISIS, and an overall era peace and prosperity, something this country has not enjoyed since September 11, 2001.

Meanwhile, Romney is sucking up to the gangsters at CNN and polling at 29 percent.