An adviser to Rep. Alexandria Ocasio-Cortez (D-NY) was caught lying to Tucker Carlson about the disastrous Green New Deal.

On Friday, Ocasio-Cortez adviser Robert Hockett appeared on Carlson’s Fox News show and falsely claimed that something that is in fact part of the Green New Deal [GND] is not; namely, the promise the GND would ensure “economic security” to those “unwilling to work” and is aimed at eliminating air travel.

Here is how it went down:

CARLSON: When do we ever pay people who are, quote, unwilling to work?

HOCKETT: We never would, right? And AOC [Ocasio-Cortez] has never said anything like that. I think you’re referring to some sort of document, I think some doctored document that somebody other than us has been circulating.

CARLSON: That was in the backgrounder from her office, is my understanding.

HOCKETT: No, no, she tweeted it out to laugh at it. If you look at her latest tweets, it seems that some Republicans have put it out there. I don’t know the details.

CARLSON: Thank you for correcting me.

To his credit, Carlson was sincere in admitting he made a mistake, but he did not make a mistake; Hockett was straight-up lying to him.

Here is a link to the original FAQ posted about the GND on Ocasio-Cortez’s House webpage. It was quickly taken down as the rollout began to resemble the Hindenburg crashing into the Titanic on George McGovern’s presidential campaign, but as you can see, the FAQ does brag about how the Green New Deal will “ensure everybody benefits from the newly created wealth. It guarantees… economic security to all who are unable or unwilling to work.” 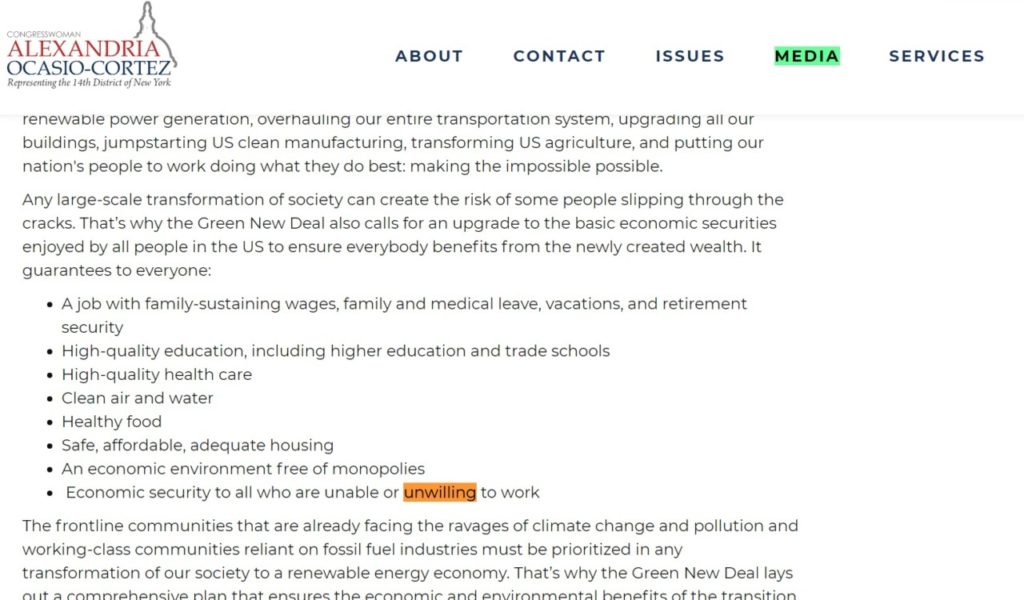 Hockett, however, was not finished lying…

CARLSON: …almost as ridiculous as we’re going to build enough light rail to make airplanes unnecessary, which I think actually is from the plan.

HOCKETT: I don’t know where you got that either, Tucker. I actually believe that you’re on our side about this. If you actually read the actual plan, there’s nothing about getting rid of anything…. So where’s the airplane disappearance coming from? I’m not really clear on that.

CARLSON:  A Frequently Asked Question [FAQ] released from her office, and I’m quoting from it — maybe this is fraudulent, in which case, I hope you’ll correct me, but it says “the Green New Deal would totally overhaul transportation and that would mean,” quote, “building out high speed rail to a scale to where air travel would stop becoming necessary.”

HOCKETT: But it’s really being misunderstood. We’re talking about expanding optionality. We’re not talking about getting rid of anything, right?

ME: Alexa, is “optionality” a real word?

ALEXA: “Optionality” is a fake word used by pompous central planners who believe they’re above words like “options.” Would you like to see Mr. Bezos’ penis?

Here is what Ocasio-Cortez’s own FAQ says about eliminating “air travel” (and even “cows”).  Does this sound as though anyone is at all interested in offering you optionality…?

The Green New Deal sets a goal to get to net-zero, rather than zero emissions, at the end of this 10-year plan because we aren’t sure that we will be able to fully get rid of, for example, emissions from cows or air travel before then. 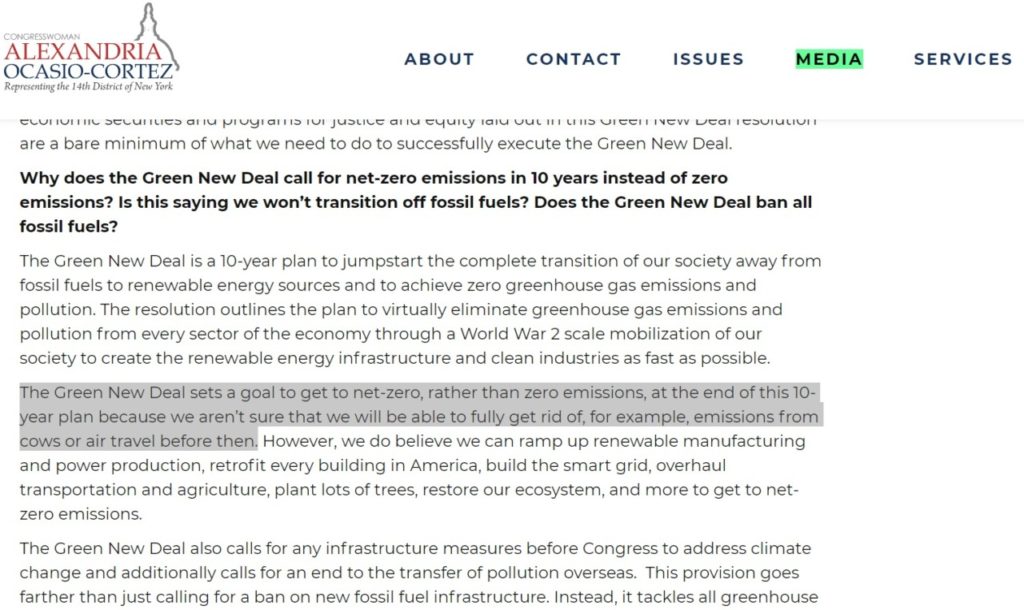 So, the Green New Deal is “not sure” it can “rid” the world of “cows” and “air travel” in ten short years — you know, it might take 11 or 12 years, or we may have to slaughter the kulaks and wreckers before the Great Leap Forward is achieved but, like, we’re super-serious people.

Sadly, Rep. Ocasio-Cortez is helping to spread Hockett’s lies by retweeting this short video clip of Hockett lying to her three million followers: 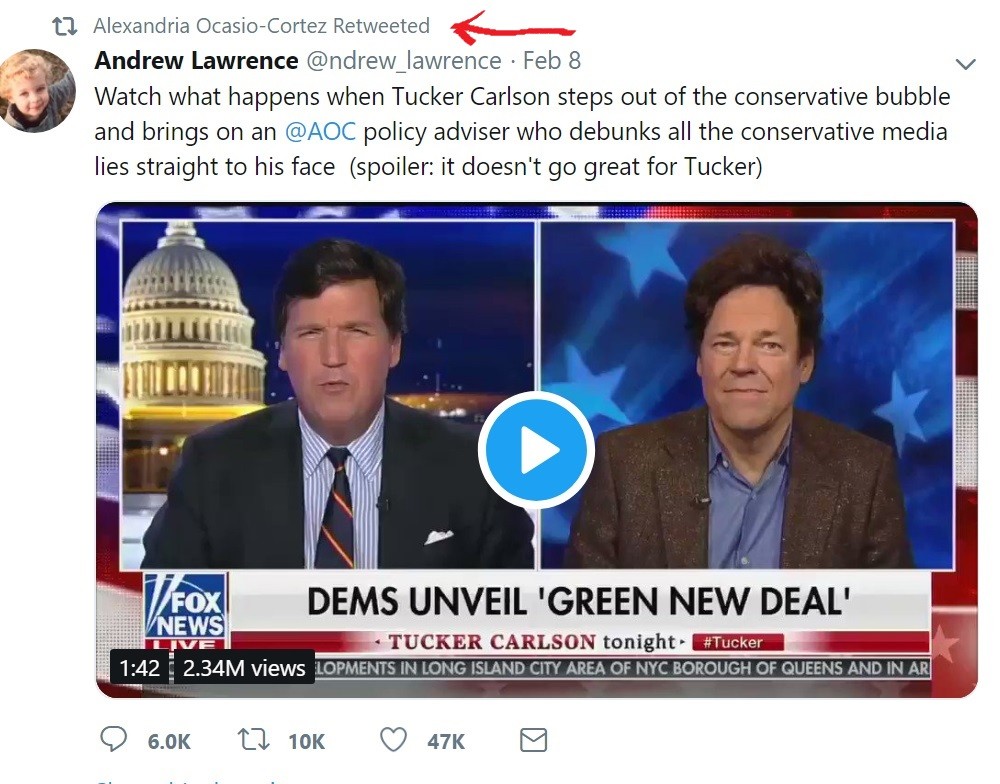