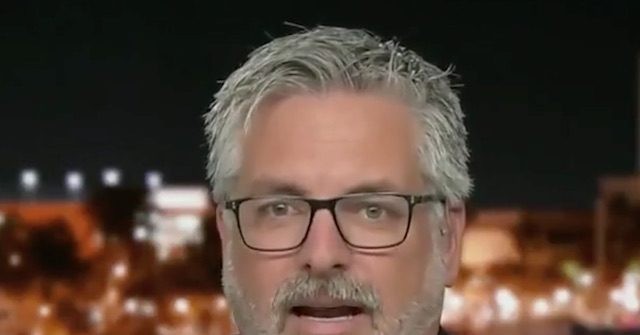 After single-handedly destroying the Weekly Standard and war-mongering America into one failed military adventure after another, far-left NBC News has allowed misinformation specialist Stephen Hayes to fail upward.

Boy, Democrats sure got it good.

The guy who was wrong about everything… The guy who told us Saddam Hussein was working with al Qaeda (one of the primary reasons for the Iraq War)… The oh-so astute political analyst who with great certainty repeatedly assured us Donald Trump had no chance in 2016… The oh-so astute analyst who made a serial fool of himself spewing absurdities to pretend Sen. Marco Rubio (R-FL) was the frontrunner in the 2016 Republican presidential primary (Rubio lost his home state)… The guy who spent years hoaxing the public with wild-eyed misinformation about then-President Trump conspiring with Russia to steal the 2016 election… The guy publishing misinformation in the form of fake fact checks… This same guy has now been allowed to fail upwards at far-left NBC…

He will appear regularly across all NBC News platforms including @TODAYshow, @MeetThePress & @NBCNewsNow, and contribute to the network’s special political and election coverage. pic.twitter.com/PpwkHvYeG2

You see, Stephen Hayes is failing upwards because he spreads the correct misinformation, and at this specific time, he is the exact right kind of misinformation spreader: a warmonger when the Biden White House and its corporate media lackeys are eager to go to war for Ukraine.

Is there a national interest in Ukraine?

Is Ukraine part of NATO?