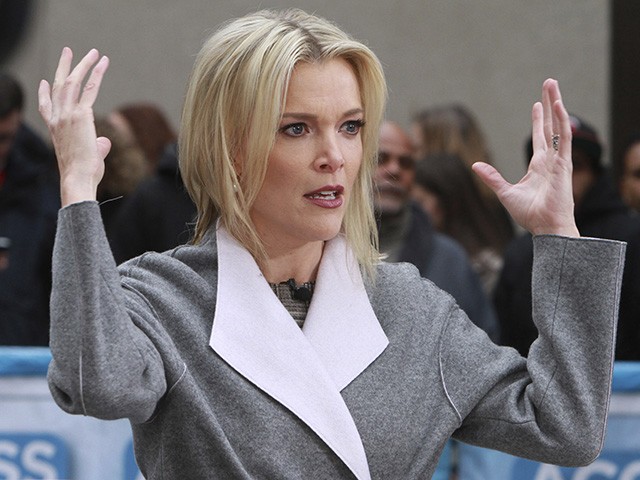 According to various reports, Megyn Kelly has not only “parted ways” with NBC after losing her coveted 9 a.m. hour on NBC’s Today Show, she lost her representation at the powerful CAA talent agency.

Worse, when she tried to move to UTA, her “blackface” comments closed that door.

Because she is now toxic, on Wednesday, Kelly could only hire an attorney to represent her, a move that points to her fighting for every penny left on her three-year, $69 million contract — an agreement that was not set to expire with NBC until 2020.

After 12 years as a superstar at Fox News and a disastrous, calamitous, dumpster fire two (give or take) years at NBC, Kelly is about to go kicking and screaming as she exits stage left, but exit stage left she will because she has no place left to go… Which I think was always NBC’s plan…

What NBC News did to Kelly has happened before. With the lure of a dream job attached to a hook that fulfills a rival’s hubris, the rival is humiliated and forever destroyed. It’s an old trick and Kelly and her ego fell for it.

In 1979, the New Yorker’s Pauline Kael was the most influential film critic in America. With this power, she made Warren Beatty her pet cause throughout the 1970s — and then she turned on him, attacking Beatty and his 1978 hit Heaven Can Wait (which he co-wrote and directed) as a sellout, a trifle, a betrayal.

Many believe Beatty got his revenge by offering Kael her dream job, the opportunity to work with him on his next film. As quickly as that came together, though, it flamed out. Within a year Kael had very publicly failed in Hollywood and was forced to crawl back to the New Yorker.  Only now, she looked foolish and weak, and would never again wield the same power.

Throughout the late ’80s and early ’90s, Michael Ovitz was not only the most powerful agent in Hollywood, he was the town’s undisputed King — a powerbroker’s powerbroker and the scourge of the studios as he shifted industry power to his clients — to actors and directors. Then Disney chairman Michael Eisner offered Ovitz his dream job, the opportunity to run a studio. Promised he was being groomed to eventually replace Eisner, Ovitz bit.

Sixteen months later Eisner fired him, and that was the end of Michael Ovitz.

Over at Fox News, Megyn Kelly was not only a ratings powerhouse and superstar, her smarts, preparation, and fearlessness made her an icon — especially to women, who saw in her someone they could relate to. Suddenly, the image of a powerful woman did not need to include the left’s noxious politics and man-hating.

Like most larger-than-life figures, though, Kelly has a fatal flaw, and like Kael and Ovitz, it is hubris. Being one of the most popular and powerful anchors in the “ghetto” of cable news was no longer enough. She wanted it all. She wanted to be accepted and loved by the establishment media. So, through Machiavellian means, starting with the public betrayal of her Fox fans, she let the establishment media know she was ready to become one of them.

Her plan was to single-handedly take down Donald Trump. This was her way of sending a message, her way of letting potential suitors know she was ready to sell out, to join the Borg collective, and to enjoy all the rewards that come to sellouts (see: SE Cupp, Joe Scarborough, Matthew Dowd, Nicolle Wallace, etc…).

As she betrayed her Fox fans with her shrill and narcissistic attacks on Trump, Kelly readied the second part of her plan, a memoir titled Settle for More. The promotional tour was perfectly timed — it  would begin just days after Trump lost the presidential election.

The book tour was supposed to be Kelly’s triumph, her victory parade where all the Beautiful People would not only credit her for defeating the villainous Trump, but exalt her as noble and brave for doing so by stabbing her own fans in the back. But then…

Trump won the presidency, and instead of looking like a champion, Kelly looked exposed — ridiculous, caught off guard, and foolish.

By this time, NBC News had already lured her into their trap.

By design, by deliberately setting her up for failure, Kelly was doomed from day one at NBC — and it didn’t even cost a lot of money. For a mere $69 million, a pittance to NBC, the establishment media was able to take out a business and cultural rival in a little over a year.

To begin with, NBC intentionally ignored Kelly’s strengths, which shine in a live and combative format. First they handed her a 60 Minutes-type program, something she had never done before, and then they slotted Sunday Night with Megyn Kelly directly up against 60 Minutes, which has been a ratings juggernaut for 40 years. Then NBC allowed Kelly to air an interview with Russian President Vladimir Putin that made no news. Then they allowed Kelly to interview Alex Jones. Then they allowed her to crash and burn in this format, a format she had no business being a part of, and take 100% of the blame for that failure.

NBC then led Kelly even deeper into alien territory — a gooey morning show geared towards puffery and celebrity interviews.

As designed, Megyn Kelly Today was a disaster from day one. Kelly again looked ridiculous, out of her element and depth. Her mishaps were legion, and they were never forgiven because the establishment would never forgive her for her time at Fox News. Rather than circle the wagons, as they always do to protect one of their own, they just pointed and laughed and piled on.

Kelly was flailing, drowning, and no one was coming to her rescue. Then she went under…

During the Tuesday edition of Megyn Kelly Today,  Kelly and her guests were discussing a white woman on The Real Housewives of New York who dressed up like Diana Ross and went so far as to darken her skin with makeup.

“But what is racist?” Kelly asked. “Because truly, you do get in trouble if you are a white person who puts on blackface on Halloween, or a black person who puts on whiteface for Halloween. Like, back when I was a kid, that was okay, as long as you were dressing up as, like, a character.”

With these comments on Monday, Kelly handed NBC the murder weapon they had been waiting for. The entire network turned on her (even the weatherman), and now she is all alone.

Megyn Kelly made two massive mistakes. The first, and this is to her credit, is that unlike her fellow sellouts — the repulsive Scarborough and Cupp, etc. — she refused to completely sell out; she did not offer the establishment her complete soul — only 99 percent of it, when they demand it all.

By the time she did offer up that remaining one percent — with Wednesday’s Orwellian grovel of an apology for her Halloween WrongThink — it was too late.

The second mistake Kelly made, and this is probably why she is about to become a footnote, is that in her quest for establishment media acceptance, she betrayed her base of support, and now she has no one to defend her, no audience to return to.

Kelly bet it all, and by doing so sold out her own fans, which left her with no one to come to her defense as NBC outmaneuvered, outsmarted, and circled for the kill — which had been NBC’s plan from the beginning.

And the irony is almost too perfect…

To attract NBC News, Kelly mercilessly wielded virtue signaling against Trump as she shamelessly peacocked her own image by smearing him as a sexist, a pig, a hater of women.

And now she will limp out of NBC News a victim of bullying virtue signalers smearing her as racist.

Either way, Megyn Kelly is about to limp into a world she created — a world where both right and left have found a reason to unite as they delight in her comeuppance.