A very special episode of Murphy Brown involved the title character, played by Candace Bergen, sharing her Thanksgiving dinner with a family of illegal immigrants, parents of one of those perfectly-perfect DACA angels who are enrolled in law school.

Needless to say, ICE agents arrive to ruin the holiday, and because they are all racist, Newsbusters reports they assume an Indian-American from Ohio is also in the country illegally — because of course they do. 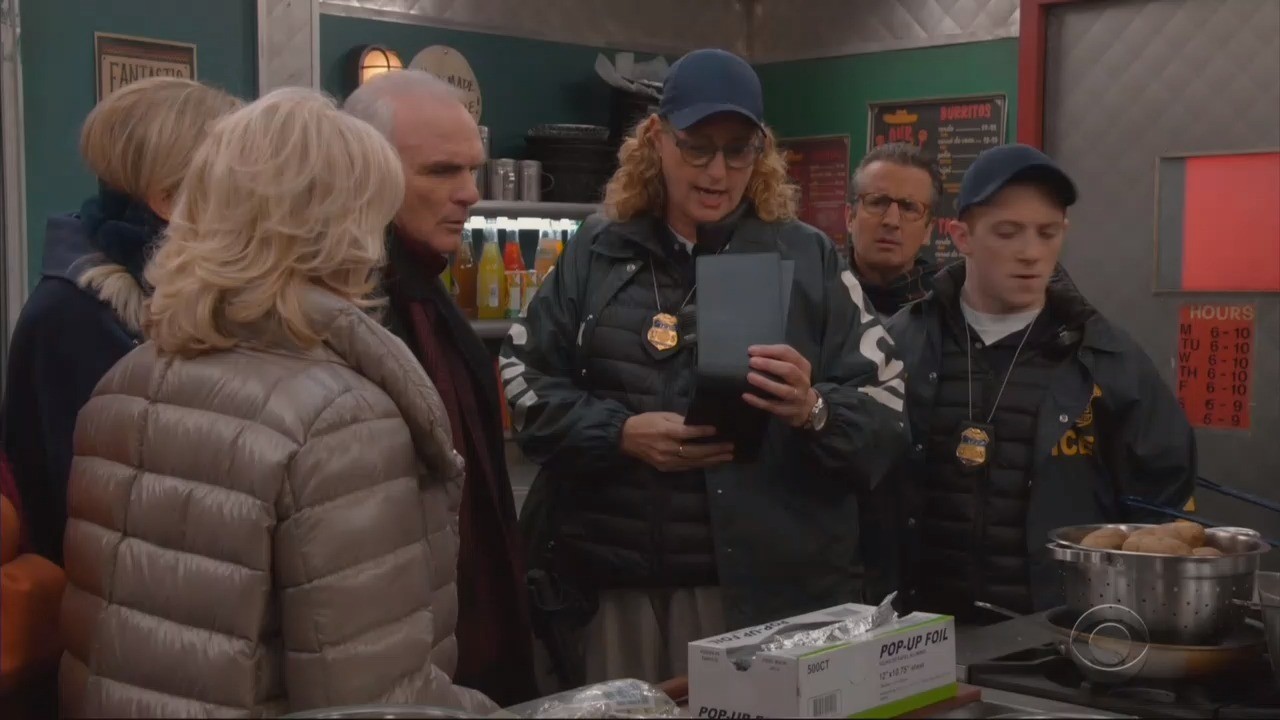 Those of you looking for proof American comedy is dying under the weight of ideological purity, where applause lines that hit the left-wing sweet spot are now preferable to actual wit and humor, need only read the ham-fisted transcript (courtesy of NewsBusters) of the relevant scene:

Murphy: You cannot barge in here like this. I know you’re used to dealing with people who are scared and vulnerable, but if you don’t get out of this truck, I will spatchcock you.

ICE Agent 2: Oh, yeah. I read about that in Gourmet Magazine. It doesn’t dry out the bird, and it cuts the cooking time in half.

ICE Agent 1: Reynolds! What did I tell you about losing focus? Look, lady, we’re in the removal business. We’ve got our orders. Maria and Carlos Gonzales, step forward.

Carlos: No, Miguelito. He is DACA. I’m Carlos Gonzales.

Avery: Hey, Pat, do you have your phone? Record this.

ICE Agent 1: You’ll be taken to a retention center…

Avery: It’s Thanksgiving Day here in America. ICE agents, with no paperwork, have shown up to arrest an undocumented couple who have lived in this country for 20 years. They have contributed to their community, and they have no criminal record. They pay their taxes, and they are raising a son who will one day become a lawyer.

Murphy: You don’t have to put handcuffs on them, for God’s sakes.

Miguel: What did they do except give up everything so I could grow up in a country that we thought was the most compassionate place in the world?

Maria: Can we have a moment with our son?

Carlos: Miguel. Miguel. We always knew this day might come. We’ve put some money aside for you.

Maria: This is why you need to finish school and become a lawyer.

Phyllis: I will see to it that … He will always have a roof over his head as long as I’m around.

Maria: I love you, Miguel.

Murphy: You know what? I will be your worst nightmare! I know people! I know immigration attorneys! I know judges! They are not going anywhere!

The next day, on her morning show, Brown performs a monologue so heavy-handed it sounds as though it was written by a 14-year-old for a performance at Socialist Summer Camp:

Murphy: I did everything I could to stop it. I called in every favor. I pulled every string. But it wasn’t enough. People say, “Why can’t these illegals just get in line and apply for citizenship?” Well, there isn’t any line. There’s no path to citizenship if you’ve come into this country the way my friends did — yes, illegally. But because they would have waited years to become citizens — precious years with a young child vulnerable to the gang violence and drug culture that threatened his future. So, if you celebrated Thanksgiving yesterday with your family, I hope you gave real thanks that you were all together. As for me, watching what I did yesterday might have given me a real reason to lose faith in my country. But I refuse to believe that we’ve become so jaded that we feel nothing when we see these human beings experiencing such heartache. There has to be a way to fix this. We can do better. We will do better. I know we can. This has been “Murphy in the Morning.”

You see, America to me is about the freedom to do and be whoever you want, and freedom from things like aging harridans who want to make you feel guilty over the holidays simply because you are being reasonable, simply because you ask your guests to wait to be invited before they enter your home or country.

The next time Murphy Brown tries to stick her over-sized head into our business on Thanksgiving, let’s respond with these three words:  “Right turn, Clyde.”