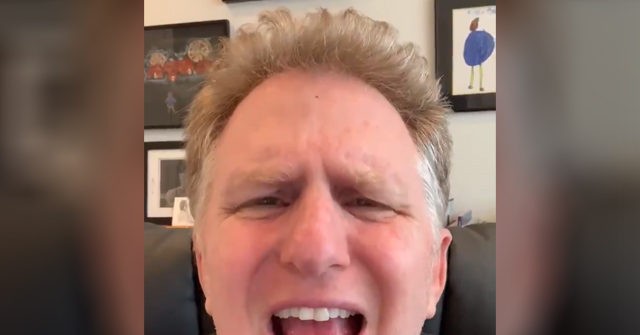 Actor Michael Rapaport, who deserves the Emmy for Worst Accent Ever for his role in Justified, is using the news of White House press secretary Kayleigh McEnany’s coronavirus diagnosis to attack former press secretary Sarah Huckabee Sanders as a “buffalo.”

“We want Buffalo Sarah,” Rapaport tweeted out Monday with a twisted drawing of the former press secretary:

Earlier today, Rapaport, who doesn’t strike me as the brightest light in the harbor, asked if McEnany — whom he calls McEnEmeny (which is why actors have their lines written for them) — asked if she had ever been photographed wearing a mask — which didn’t turn out well.

And the Trump-hating leftist is fat-shaming Sarah Huckabee Sanders, which is something you can do when you’re in his kind of peak condition.

Michael Rapaportly believes that years of proximity to black culture give him the right to say whatever he wants to about black people. In his mind, he’s immune to being called out because he was in a John Singleton movie. He’s not a bigot because he drops his r’s when he talks. He’s friends with Q-Tip, so he can’t be racist. Some of his best films are black.

That kind of person is a racist.

Most of the time, he’s just a liar in desperate need of attention.