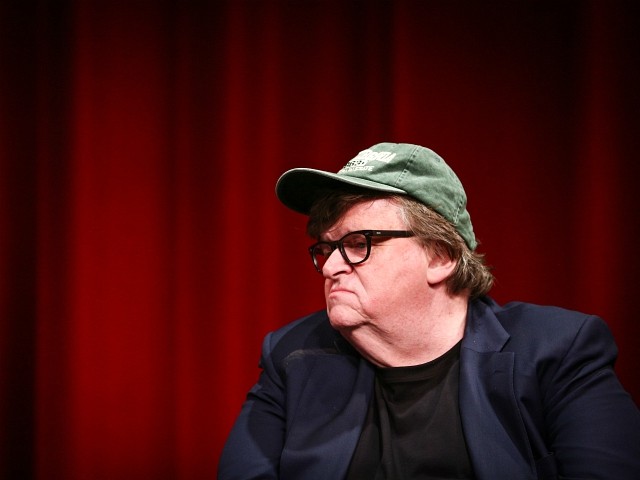 Michael Moore’s anti-Trump documentary Fahrenheit 11/9 tanked at the box office, according to Deadline.

Although Fahrenheit 11/9 opened this weekend on a massive number of screens, it is projected to earn a paltry $3 million.

After a decade of disappointments for the Oscar-winning documentary filmmaker, even the early projections for what was supposed to be Moore’s comeback film did not look promising — a mere $6 million, but the reality is even worse: half of that.

Outside of the fact he has not had a hit since Sicko grossed a respectable $24.5 million all the way back in 2007, Fahrenheit 11/9’s humiliating opening is especially embarrassing when you consider it opened in an astonishing 1,719 theaters.

The whole idea behind Moore’s anti-Trump doc was to recapture the glory days of his Fahrenheit 9/11, which opened in the summer of 2004 in just 868 theaters to an astonishing $24 million. It would go on to gross $119 million.

Fahrenheit 9/11, a blistering attack on President George W. Bush’s invasion of Iraq, still holds the record for the highest grossing political documentary in history. To give you an idea of how popular it was, second place (Dinesh D’Souza’s Obama’s America) grossed $33.4 million, or about $87 million less Fahrenheit 9/11.

It will be a miracle if Fahrenheit 11/9 reaches $10 million.

This weekend’s failure of Fahrenheit 11/9 (the title comes from the date Trump won the election: November 9, 2016) is a fairly clear-cut sign America is tired of Michael Moore, including those on the left. The 64-year-old has been exposed repeatedly as a dishonest filmmaker, a hypocrite who lives the high life among the 1 percent, and his overall filmmaking approach feels played out.

This failure cannot be blamed on critics, who boosted Fahrenheit 11/9 to an 80 percent fresh rating at Rotten Tomatoes. Moore also enjoyed a ton of free publicity.

To be fair, though, this flop is not all Moore’s fault.

What used to be Moore’s unique approach to left-wing propaganda, is now everywhere — on YouTube, cable news, and all over the pages of the Washington Post and the New York Times.

Over the last decade, as Moore’s documentary style — a style he helped create and almost single-handedly popularize — went mainstream, the aging filmmaker’s approach has remained staid with the same kind of stale stunts now uploaded daily by others on YouTube, and the same kind of hate-inciting propaganda now spewed relentlessly by the establishment media.

Let me put it this way… Back in 2004, and even though I supported Bush and the Iraq War, I was dazzled by Fahrenheit 9/11. If you set aside your personal beliefs and just watch it for what it is, the brilliance, energy, and audacity of Fahrenheit 9/11 cannot be denied. Subsequent viewings have not changed my mind — Fahrenheit 9/11 is a masterpiece. I also enjoyed the wildly dishonest Sicko. Everything Moore has produced since, however, has been garbage. I have not yet seen Fahrenheit 11/9.

Regardless, in Moore’s defense, if you take a look around, everyone today is doing Michael Moore — the lies, the stunts, the audacity — including the establishment media.

After all, it was just a few months ago that CNN’s Jake Tapper hosted a repugnant anti-gun town hall event where a rape victim was booed. And it was just last week when Tapper devoted an entire segment to the presidential penis.

What made Moore unique was how shameless and dishonest he was in pursuit of his left-wing goals, but he was never as shameless or dishonest as Jake Tapper, never as hateful and irresponsible as those who promote violence like Tapper’s colleagues Don Lemon and Chris Cuomo.

We go to the movies to see what we cannot see at home; so, what can Moore possibly offer in a world where a Jake Tapper is topping him daily, a world where Moore’s dishonest and shameless leftism runs wild 24/7… and is just a click away?