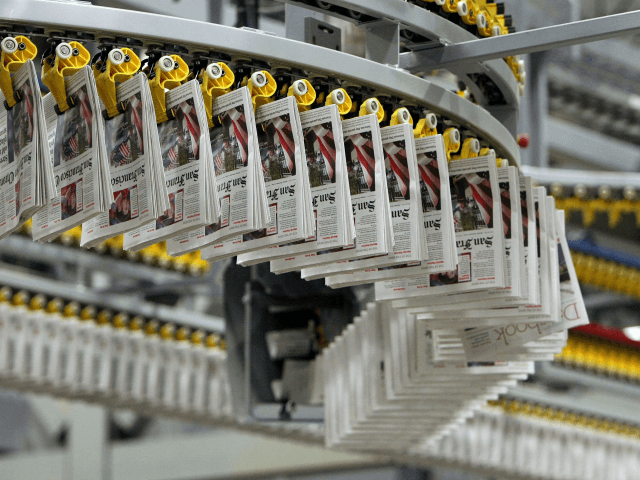 “The consultancy Challenger Gray & Christmas reported this week media companies, which include movies, television, publishing, music, and broadcast and print news, announced plans to cut 15,474 jobs so far this year, of which 11,878 of which were from news organizations” reports AFP.

This is a huge increase over 2017’s 4,062 media job cuts and, according to the article at least, this is primarily happening due to paywalls and ad revenue.

A number of media outlets are installing paywalls in the hope their customers will start to pay for something they are used to getting for free. This is not working.

And ad revenue is plummeting because of the ad blockers people use in their web browsers and how effective Google and Facebook have been at stealing advertisers away.

Another obvious reason for these cuts — one the AFP article will never touch —  is that in the era of Trump, too much of the media have exposed themselves as lying, fake-newsing hacks willing to spread any falsehood to overturn the 2016 presidential election.

Already this year, the fake news outlets at CNN and BuzzFeed have slashed over 100 and 200 jobs, respectively. Verizon slashed 800 jobs at Yahoo, AOL, and HuffPost.

What’s more,  what could be more symbolic than the Washington DC-located Newseum being forced to close because no one wants to worship at the temple of a broken, un-American, corrupt, and endlessly venal institution.

Finally, there is the debunking this year of the media’s two-year Russia Collusion Hoax, which fell apart after the Mueller Report proved no one in the Trump campaign colluded with the Russians to steal the presidential election and that there was no obstruction of justice.

Sadly, the Russia Collusion Hoax was only the most recent national story the establishment media have hoaxed the American public with. Over the past few years, this discredited institution has also spread these prominent hoaxes:

Why would anyone pay to be constantly misled and deceived?

The establishment media’s dying because it is an unreliable and deliberately dishonest institution staffed mostly with partisans and liars.

But let me close on a personal note, a human note, from me to the 12,000 journalists who have and will lose their jobs this year… I want each one of you to know that I feel every bit as bad about you losing your job as you do when a coal miner loses his job, every bit as bad as you would if Breitbart News had to lay people off.