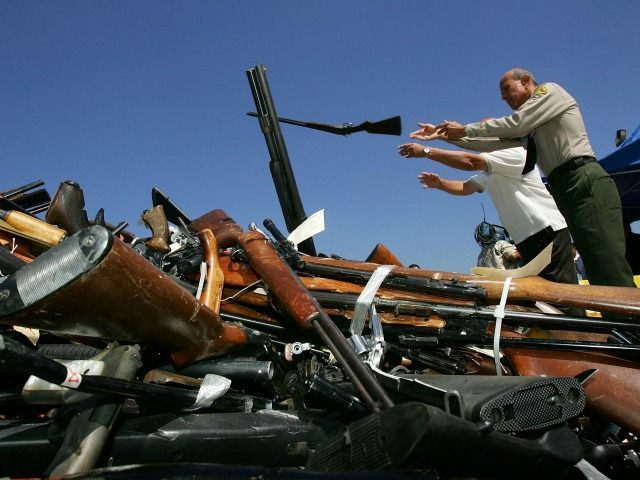 Two unrelated terror attacks over the past ten days have revealed an establishment media rabidly desperate to strip President Trump and his supporters of our right to defend ourselves.

Even before we knew the identity or motive of the man behind a dozen or so pipe bombs mailed to prominent left-wingers — CNN, Hillary Clinton, Joe Biden, George Soros, Cory Booker, Maxine Waters, Robert De Niro, etc. — the media were already speculating and exploiting this appalling crime into a weapon to strip us of our First Amendment rights —  and not just us, but the free speech rights of our own President Trump.

As the media blasted away at anyone who dared speculate about the bomber’s motive, even as they themselves speculated that it could only be a Trump supporter (or Russian interference on behalf of Trump), this speculation was used as a weapon to chill our free speech…

And my personal favorite…

Trump and his supporters must stop defending themselves against those who call for violence against them!

Even though those mentioned above have all openly called for violence — never forget that De Niro threatened to assault Trump, Waters called for us to be bullied out of public spaces, Hillary called for incivility, Biden said he wanted to assault Trump, Booker ordered his followers to get in our face, Soros funds left-wing terrorists, CNN has been promoting and normalizing political violence against us for years — even though we are now under assault due to an unprecedented epidemic of violence, the media still believe they can emotionally blackmail us to roll over and play dead, even as Democrats attempt to assassinate us, assault us, destroy our property, and harass our wives — all while CNN asks for more.

And naturally, even though the media portray themselves as neutral umpires, as patriots who only want to unite and heal, it is only ever the political right that must roll over and play dead.

When a Bernie Bro screams about health care and attempts to assassinate a baseball field full of Republican lawmakers, the media argue that it would be wrong to blame Democrats and all their rhetoric about us trying to kill people by repealing Obamacare.

And when Donald Trump Jr. receives a letter filled with white powder and Republican senators and a Republican president have ricin mailed to them, the media not only have nothing to say about Democrat rhetoric — or, heaven forbid, their own hateful rhetoric — the media can hardly be bothered to cover the story at all.

And so, to the surprise of no one, then, a second terror attack this week is seen by the media only as yet another golden opportunity to launch a second attack on our right to defend ourselves, this time our Second Amendment civil rights.

Are you sensing a pattern here?

According to the corporate media, every terrible thing in America, whether it’s a train derailment or a natural disaster or a wacko bomber or the Trump-hating monster who attacked this synagogue… it is all our fault, and we must always answer for it, and the only way we will ever be allowed to atone is if we agree to give up our right to defend ourselves…

I cannot wait to vote.