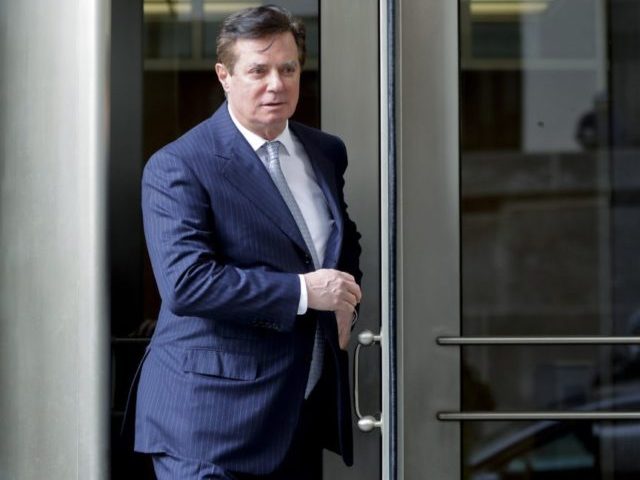 According to NPR, Paul Manafort’s deal with Special Counsel Robert Muller’s office “does not include matters involving the Trump campaign.”

Paul Manafort’s cooperation agreement with the special counsel does not include matters involving the Trump campaign, according to a person familiar with the case, @johnson_carrie reports

Something rarely brought up by our utterly useless but still corrupt establishment media is that in order for someone to “flip,” that someone has to have the goods on someone else. In other words, if you want to deal your way out of prison time, you have to have something to deal with; you actually have to serve someone’s head up on a platter.

Nevertheless, all throughout the Russian Collusion Hoax, and every time someone agrees to “cooperate” with Mueller, the media squee like the 14-year-old girls they all are and then intentionally mislead the public by matter-of-factly saying, “This is bad news for Trump.”

Well, no, actually it is not.

The only way someone “flipping” is bad news for Trump is if he has indeed done something illegal, and as of right now, after nearly three years of 24/7 scrutiny at the hands of a beyond-corrupt FBI,  two years of scrutiny from a rabidly partisan media, two congressional investigations, and 18 months of an unaccountable fishing expedition by a herd of Democrat Dirty Cops in the special counsel office, they got exactly zippo.

In other words, so far none of these so-called flippers has flipped on Trump.

Hell, one wonders how many so-called journalists could survive this kind of fisk.

Sure, the Resistance desperately holds on to the hope Mueller is sitting on a bombshell, but another interesting factoid the media only dutifully reported is that Mueller has agreed to accept written answers from Trump on the issue of collusion and is not asking any questions about the media’s other hoax — obstruction.

This is a massive climb down on Mueller’s part, a special counsel who has so far only indicted people for committing the terrible crime of “associating with Trump” — meaning, process crimes (lying to authorities *yawn*) and old crimes that have nothing to do with Trump (crimes no one was interested in before the aforementioned Trump association).

Then there is the matter of leaks. Does anyone honestly believe evidence of Trump committing a crime would not have leaked by now?

But guess what has leaked? Oh, sure, in-between the 24/7 partisan wishcasting coming from the media about Manafort “flipping” on Trump, there has been some dutiful coverage about what the Manafort deal might really mean, and the news is not good for Democrats.

Ken Vogel, a Democrat-operative who plays the role of “reporter” at the far-left New York Times, has been forced to report that powerful Democrats linked to Hillary Clinton and Barack Obama might be in the Mueller crosshairs.

MORE BAD NEWS FOR PODESTA, MERCURY & SKADDEN: As part of MANAFORT’s plea deal, he agrees to testify before all grand juries in DC and “elsewhere.” The inquiries into @PodestaGroup, Mercury & @SkaddenArps are being run out of the Southern District of New York.

That is “Podesta” as in Tony Podesta, brother of John Podesta, who served as Hillary Clinton’s 2016 campaign chairman.

That is “Greg Craig” as in “Greg Craig former White House Counsel to … Barack Obama.”

Wouldn’t it be something if, like the #MeToo movement, this whole Russian Collusion Hoax blew up in the smug face of Democrats?

#MeToo was all about taking down Trump, about making the misconduct allegations against him so toxic he would be forced to resign. But the only people who have lost their reputations and careers are some 150 members of two of the most left-wing institutions in America — the establishment media and Hollywood.

For his part, Mueller has to justify the fact he has allowed a cloud to hang over the presidency for 18 months. What if his only way to do that is to bring down powerful Democrats? What if the only way for Mueller to fold-up his witch hunt with any dignity is with the head of a Podesta on that platter?

In a way this has already happened. While Trump sits in the Oval Office, it is former FBI Director James Comey who is unemployed and disgraced, as are some half-dozen of his hideous cronies.

Well, as a failed president likes to say when he misquotes Rev. Martin Luther King, “The arc of the moral universe is long, but it bends towards justice.”