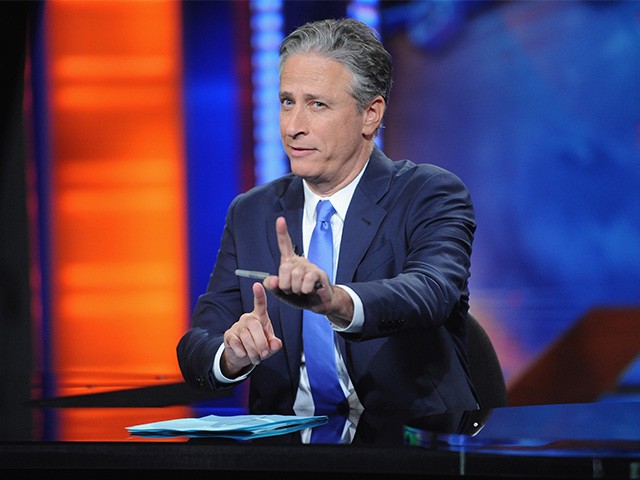 Former Daily Show host Jon Stewart sat down with CNN’s Christian Amanpour to blast the media for allowing their “own narcissism” to draw them into a fight Trump is “going to win.”

With a burst of her own self-importance, the far-left Amanpour perfectly set herself up to be Stewart’s foil as he put his finger on much of the media’s problem — their bottomless self-absorption and preening desire to make everything about them.

At first, Stewart mocked the media for all the money Trump is making for them, and this is when the imperious Amanpour stepped right in it with this smug response…

“We the journalists,” she sniffed, “We, I think, believe that our job is to navigate the truth and do the fact checking and all the rest of it.”

Stewart was having none of it.

“But I think the journalists have taken it personally,” Stewart accurately and patiently explained. “They’re personally wounded and offended by this man. He baits them and they dive in, and what he’s done well, I think, is appeal to their own narcissism, to their own ego.”

Stewart went on to explain exactly how Trump accomplished this through his attacks on the media.

Responding to those attacks, Stewart said, “Journalists stand up and say ‘We are noble, we are honorable, how dare you, sir,’ and they take it personally. And now he’s changed the conversation [away from how] his policies are silly or not working.”

The news cycle then becomes “all about the fight” Stewart added, which means Trump “is able to tune out everything else and get people focused just on the fight [with the media] and he’s going to win that fight.”

In an effort to defend herself and her failing profession, Amanpour said, “It is hard for us to be dispassionate when words from the White House are aggressive against us.”

Stewart then went in for the kill by shaming the media’s selfish self-regard. As the media make it all about themselves, he argued, the very people the media claim to care so much about are forgotten.

“Think of Muslims, think of black people,” he said. “When journalists rise to this outrage of ‘How dare you say this,’ think of the lives they’ve been leading under this.”

Stewart obviously despises Trump and is unwilling to give the president the credit he deserves for the historically low unemployment his policies have helped deliver for black, Hispanics, and women. Nevertheless, Stewart’s overall criticism and point is dead on.

Trump constantly and brilliantly baits the media, but not for the reasons the socialist Stewart believes. Trump would love for the media to actually cover his polices accurately, policies that have ushered in America’s first true era of true peace and prosperity since September 11, 2001. But instead, all the media do is lie and spread fake news and gin up conspiracy theories and pile on hate.

So Trump baits them as a means to control the narrative, to get them to cover the topics he wants the country talking about (right now that is birthright citizenship), and to manipulate these awful people into revealing who they truly are — and they are, as Stewart astutely says, preening narcissists interested only in themselves.

As far as winning this fight, Trump has already won by winning the presidency, changing the make-up of the Supreme Court for the foreseeable future, erasing almost all of Obama’s (failed) legacy, and passing a majority of his agenda.

What’s more, despite how things turn out next week, Trump has even managed to defy conventional wisdom with the upcoming midterm elections. The media expected Trump sit idly and helplessly by as history did what it usually does — blow out the sitting president’s party. But Trump has embraced the idea that 2018 is a referendum on his presidency, and may have flipped that script to his advantage. We have a nail biter on our hands.

And there is no question that a large part of Trump’s success in the midterms has again come from the  establishment media.

Nothing motivates Trump’s base like our hideous and corrupt media. They are the perfect and predictable foils he can always count on to get his voters out to the polls.