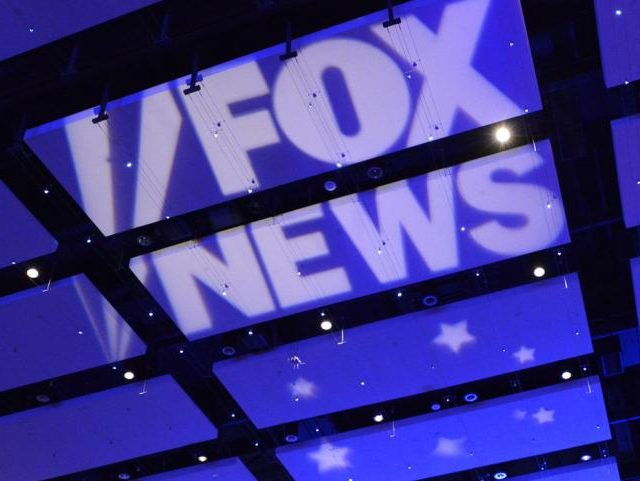 On Thursday, Judge Andrew Napolitano handed the mob all the rope they could possibly ask for, courtesy of Fox News, saying, “All of us agree that this witness is exceptionally credible.”

No one argued with him.

Listen, I am not here to signal my own virtue. I am not David French, or Matthew Dowd, or Jake Tapper. The reason I have defended those whose politics and character disgust me has nothing to do with virtue and everything to do with self-preservation.

You know what—I was wrong. Let me back up a bit.

It’s actually not about self-preservation, at least not anymore.

Maybe it was at first, maybe it was a hundred years ago, before “The Woke” fascists who have captured our culture and media began slapping scarlet letters on free thinkers; before we became a country where panel after panel on MSNBC and CNN would condemn Atticus Finch for not believing the woman, before Twitter and Facebook would “unperson” Winston Smith over a joke.

Maybe a hundred years ago I believed that if I didn’t join the mob, I would be safe when the mob came for me, because I could say to the mob, “Hey, I’m not a part of this. I said Brian Williams deserved a second chance. I’ve never called on anyone to be fired. I oppose boycotts. I’ve defended you and you and even you.”

How so very naive….

Nope. it is no longer about self-preservation. And again, it not about virtue or principle or pride. It is now only about thing: when the mob comes for me, at the very least, I can comfort myself in the knowledge I am not reaping what I sowed.

And that’s why I waited a week before making any kind of comment about the allegations Christine Blasey Ford leveled against Supreme Court nominee Brett Kavanaugh, and that’s why I listened to her full testimony before commenting on that—which brings me to Fox News.

No, no… Wait. Before you watch that crap, let me set the scene…

And what is on the line here? Forget about the politics or the future of the Supreme Court. … Forget about all of that, because there is something much bigger at stake here: a man, an individual—his name, his reputation, his future, his place in history, his guilt or his innocence, and the way his own children will remember him.

There is no smaller or more vulnerable minority than The Individual, and in a decent country populated with decent people, nothing should be more important than that; than the right of that one man or that one woman to enjoy, among other things, the presumption of innocence until proven otherwise—most especially in the court of public opinion.

And with all that in mind…

Your ears are not lying to you. A mere 15 minutes into an all-day event, Chris Wallace, a man who poses as a journalist, the man who hosts one of the oh-so venerated Sunday shows, actually said:

[Ford’s testimony] is extremely emotional, extremely raw, and extremely credible. No could listen to her deliver those words and talk about the assault and the impact it had had on her life and not have your heart go out to her. … This is a disaster for the Republicans.

Over the course of this week, like I think a lot of American families, my family ― a lot of it on email ― has been discussing this and disagreeing and arguing about it. And two of my daughters have told me stories that I had never heard before about things that happened to them in high school.

Karl Rove described Ford as “credible,” without any pushback.

We expect this kind of shrill, thoughtless, dive bombing from a CNN or MSNBC. In fact, were I to turn on either of those networks to find anything close to moral decency, I wouldn’t know what to do with myself. But here is Fox News—Fox FREAKIN’ News—fashionably proclaiming uncorroborated and unsubstantiated testimony from a woman accusing a fellow human being of an attempted sexual assault—not just as credible, but as “extremely credible” and “exceptionally credible.”

And again, forget the politics, and think only of this: for just a moment pretend you are this man, a man with a wife, parents, friends, daughters—and without a shred of evidence, without even having heard all of her testimony, without having heard the rebuttal testimony, Fox News is telling them the sexual assault allegations against you are “extremely credible.”

This is monstrous behavior, unforgivable, un-American—the stuff of lynch mobs, of quislings—and it is the fakest of fake news.

By any standard of truth, fairness, classical liberalism, evidence, and facts, Dr. Ford is not only not credible, she is nothing close to credible.

Let me count the ways…

Dr. Ford’s allegations are not only not credible — they are ludicrous, a joke…

Even what she does remember is so full of holes you could bounce Brian Stelter through it:

No one who believes in truth can declare this nonsense credible. But beyond that, where is the instinct of human decency that makes it impossible to cruelly and publicly smear a man as having “credible” sexual assault allegation leveled against him when those allegations are the very definition of horse shit.

Or does Fox News actually know just how un-credible Dr. Ford is, but rather than fight for truth, for The Individual, they prefer to surrender to the mob because that’s easier, safer, less stressful, and what you are supposed to do.

A man’s life and career and name and reputation are on the line, his accusers actions and accusations are, by any standard, equal parts deceptive, dishonest, and implausible… And there was Fox News spreading the fake news that 2 + 2 = 5.

P.S. Maybe it’s time for President Trump to step calmly away from the Fox News.