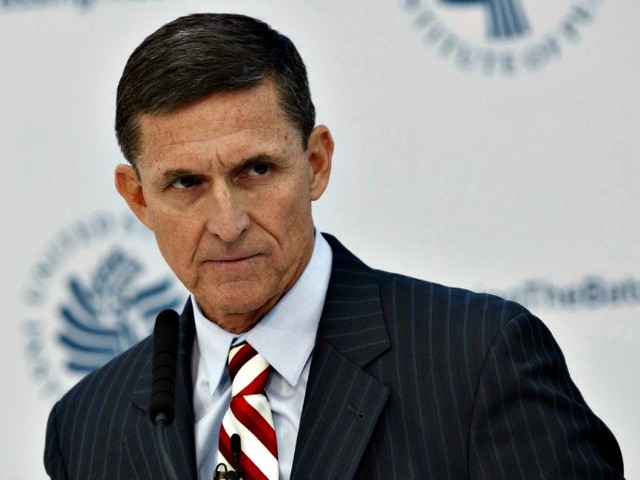 According to the Flynn sentencing documents, to ensure then-national security adviser Flynn was as vulnerable as possible, when McCabe set up the January 24, 2017, meeting between Flynn and two FBI agents, he told Flynn that “the quickest way to get this done was to have a conversation between [Flynn] and the agents only.”

This was just four days after Trump took office.

“I further stated that if LTG Flynn wished to include anyone else in the meeting, like the White House counsel for instance, that I would need to involve the Department of Justice,” McCabe wrote in his own account of what happened on that now fateful day, adding, “[Flynn] stated that this would not be necessary and agreed to meet with the agents without any additional participants.”

According to York, within two hours, both agents had arrived and were questioning Flynn about a phone conversation he had with then-Russian Ambassador Sergey Kislyak. Thanks to wiretaps, the agents already knew what had happened during this call.

So here you have a highly partisan FBI, led by the now-disgraced James Comey, asking Flynn questions they already knew the answers to. If that is not a setup, what is?

On top of that, FBI officials scared Flynn off of bringing in his own attorney by raising the specter of the Department of Justice getting involved.

Somehow, it gets worse…

The “agents did not provide Gen. Flynn with a warning of the penalties for making a false statement under 18 U.S.C. 1001 before, during, or after the interview,” according to the sentencing memo.

The reason for this is that McCabe and other FBI officials “decided the agents would not warn Flynn that it was a crime to lie during an FBI interview because they wanted Flynn to be relaxed, and they were concerned that giving the warnings might adversely affect the rapport.”

According to the report the agents filed, Flynn was “unguarded” during interviews and “clearly saw the FBI agents as allies.”

In fact, Flynn was so “relaxed and jocular,” he graciously offered the agents a tour of the White House.

Flynn has since pleaded guilty to lying during this interview and will be sentenced December 18.

But, according to Comey, in their initial reports, the FBI agents did not believe Flynn had lied to them. This all apparently changed after special counsel Robert Mueller took over the Russian collusion witch hunt.

York points out what he calls “one striking detail” found in the sentencing memo’s footnotes: “the 302 [FBI agent] report cited was dated Aug. 22, 2017 — nearly seven months after the Flynn interview. It is not clear why the report would be written so long after the interview itself.”

York also points out that Flynn’s lawyer believes his client was “surprised, rushed, not warned of the context or seriousness of the questioning, and discouraged from having a lawyer present.”

Of course, he was. That was the whole plan. It was a gotcha interview conducted by a corrupt Deep State out to destroy Flynn’s White House career and then move up the chain to the real goal — a coup against President Trump.

In other words, knowing Flynn was a distinguished 30-year military man and not a politician or attorney, led by dirty cop McCabe, the corrupt FBI set him up for a perjury trap. Many believe Mueller, another dirty cop, was able to convince Flynn to plead guilty by threatening Flynn’s grown son.

McCabe was fired by the FBI in March and could face charges of his own after an inspector general report claimed he lied to internal investigators.

Mueller is recommending no jail time for Flynn, thanks to the retired general’s cooperation with the Russian collusion hoax.

Nevertheless, there are two reasons to believe Flynn’s cooperation with Mueller is not terribly damaging to Trump. Were it, Flynn would need to be a witness against Trump, and you do not have your witness sentenced before he testifies. Secondly, you don’t undermine your own witness’s credibility by indicting him for, of all things, lying.