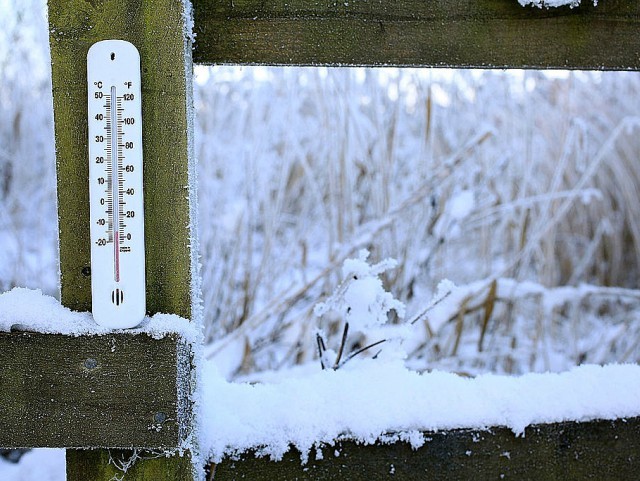 America enjoys a winter filled with tons of snow and frigid cold weather and out pops the Climate Hoaxsters to assure this kind of weather only further proves our planet is getting, uhm… warmer.

“In the beautiful Midwest, windchill temperatures are reaching minus 60 degrees, the coldest ever recorded,” he tweeted. “What the hell is going on with Global Warming? Please come back fast, we need you!”

In the beautiful Midwest, windchill temperatures are reaching minus 60 degrees, the coldest ever recorded. In coming days, expected to get even colder. People can’t last outside even for minutes. What the hell is going on with Global Waming? Please come back fast, we need you!

“What Trump keeps getting wrong about Global Warming,” the Washington Post helpfully reports.

But here is my personal favorite headline from, where else?, NBC News…. “Yes, it can be this cold outside in a time of global warming.”

There are three Party slogans in George Orwell’s 1984, his masterpiece about an all-controlling centralized government that runs on lies, terror, and propaganda. See if you can pick out which Party slogan I invented among the four:

The Climate Hoaxsters say that this run of cold weather does not mean the planet will not warm over the course of years, which would sound reasonable if these were not the same Climate Hoaxters who told us Global Warming meant the “end of snow,” or that this winter would be “warmer-than-average,” or that a run of warm weather last winter proved the planet is warming.

That last example is interesting, no?

So no matter what happens, no matter how cold or warm or temperate it is, everything proves Global Warming is fer real.

Remember how, when that scientific prediction was humiliated in the face of record low hurricane activity, these same Climate Grifters told us this lack of hurricane activity proved Global Warming was really fer real?

Remember how during that crucial time between 2005 and 2015, that decade before the imminent flooding of Manhattan, the establishment media did not remove any of its personnel from a New York City that was about to be drowned? In fact, while CNN was telling us the seas were certain to rise, CNN shifted much of its base of operations from the inland safety of Atlanta to Manhattan; while CNN’s then-parent company, Time Warner, spent billions relocating its headquarters just two blocks from the water’s edge in New York.

You see, no matter what happens, no matter what the weather looks like, no matter how false their predictions turn out to be, no matter often they act as though they don’t believe in Global Warming, the Climate Swindlers still scream See! See! Toldjaso! — and almost always do it from a wildly expensive base of operations on the same coast they claim will soon be underwater.

Any student of history can look back and discover that all of history’s mass-murdering socialists — from Hitler to Stalin to Mao — have manufactured audacious lies and scapegoats as a means to consolidate power into a malevolent Central Authority.