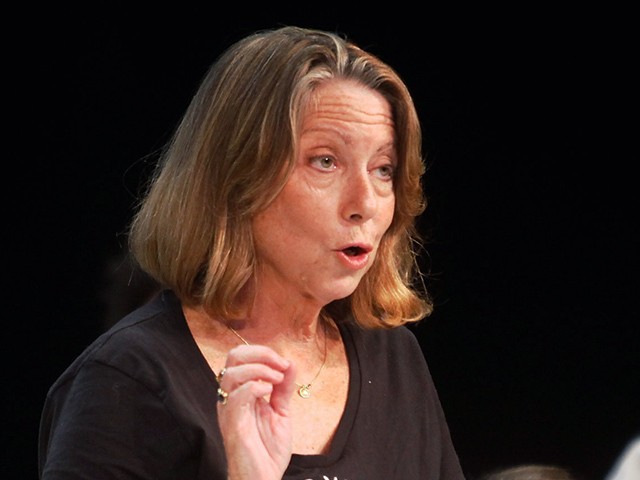 Former New York Times executive editors Jill Abramson responded to plagiarism allegations by admitting the “language” in her new book is “too close” to passages by other authors.

Abramson’s statement, which she posted to her verified Twitter account late Thursday night, pretty much admits there are passages in her new book, Merchants of Truth, that are indeed plagiarized:

I was up all night going through my book because I takes these claims of plagiarism so seriously.

The [book’s foot]notes don’t match up with the right pages and in a few cases and this was unintentional and will be promptly corrected. That language is too close in some cases and should have been cited as quotations in the text. This, too, will be fixed.

What is this if not an admission she has been caught taking credit for other people’s ideas and words — which is the textbook definition of plagiarism?

I am willing to chalk this up as an honest mistake, but this is the woman who ran the New York freakin’ Times for years; this is a member of our oh-so lofty media elite who just got caught red-handed in a plagiarism scandal.

Think about this: Abramson is the former Queen of Our Media Superiors, the very group that lords it over all of us in alternative media their oh-so-important checks and balances.

Do you have any idea of the resources available to Abramson and her publisher, Simon & Schuster, to ensure these kinds of mistakes can’t happen, to ensure your “language” is not “too close” to anyone else?

In the digital age, we all have access to these tools to some degree, so there really is no excuse for this.

Hey, there but by the grace of God go I, so I don’t want to get too haughty about an honest mistake if this indeed was an honest mistake… And I don’t see any motive for Abramson to try and steal the work of others when it is so easy to prove plagiarism these days. But what we do have here is just one more example of just how INFERIOR the establishment media is to alternative media.

And I’m not just talking about Breitbart News. Sure, everyone makes mistakes, and that includes me, but when is the last time an alternative media outlet blew a story as big as the one BuzzFeed just had to choke on, or  spread homophobic conspiracy theories like CNN and MSNBC did about a Republican senator they don’t like, or allowed its audience to boo a rape victim, or, or, or…

This concludes today’s episode of: The Establishment Media Are Garbage.

Be sure to tune in tomorrow… Because there is always a tomorrow with these lying clowns.