No one has done more to undermine confidence in the coronavirus vaccine than His Fraudulency Joe Biden. And this, of course (as I will explain below), is deliberate. Anything he can do to keep unvaccinated Trump voters unvaccinated, he’s going to do.

There’s just no other explanation.

And few things have undermined faith in the vaccine, as well as the institutions behind the vaccine, more than Biden’s fiasco fiesta of anti-science calls for coronavirus vaccine booster shots.

Here’s the timeline (so far):

August 18: Everyone gets a booster shot after eight months!

“The Biden administration on Wednesday formally introduced recommendations that Americans over the age of 18 who received the Moderna and Pfizer vaccines should get a third booster shot eight months after receiving their second dose.”

August 25: Whoops! Everyone gets a booster shot after six months!

“U.S. health regulators could approve a third COVID-19 shot for adults beginning at least six months after full vaccination, instead of the previously announced eight-month gap, the Wall Street Journal reported on Wednesday.”

August 27: Whoops again! Everyone gets a booster after five months.

September 8: Whoops again! Only all Pfizer vaccine recipients will require a booster after six months.

September 17: Whoops again! By a 16-3 vote, the FDA votes against booster shots for everyone who received the Pfizer vaccine. So now only Pfizer recipients who are over 65, are unhealthy, or work in frontline healthcare jobs require a booster.

September 23: Clean up in aisle four! Biden’s appointed CDC director, Dr. Hot Mess, overrides her own CDC committee and calls for healthcare workers who received the Pfizer vaccine to get a booster.

Look at this mess, and throughout, no one will admit they made a mistake when admitting mistakes is an effortless way to regain some of your crumbling credibility.

So His Fraudulency is out there running his mouth off about how everyone, all of us who are vaccinated, need a booster after eight — no six! no five! — months, and then the best his appointee could do to save some of his stupid face was to override her own committee to include healthcare workers, but only those who got the Pfizer vaccine, which is a handful compared to all 170 million or so of us.

Why is Biden running around deliberately sabotaging confidence in the vaccine by, among other things, claiming we’re all going to require booster shots when that’s not true?

Well, the answer is obvious… And it’s the same answer to these questions…

Why does a fully vaccinated Joe Biden wear a mask outdoors, which signals that the vaccine doesn’t work so well? 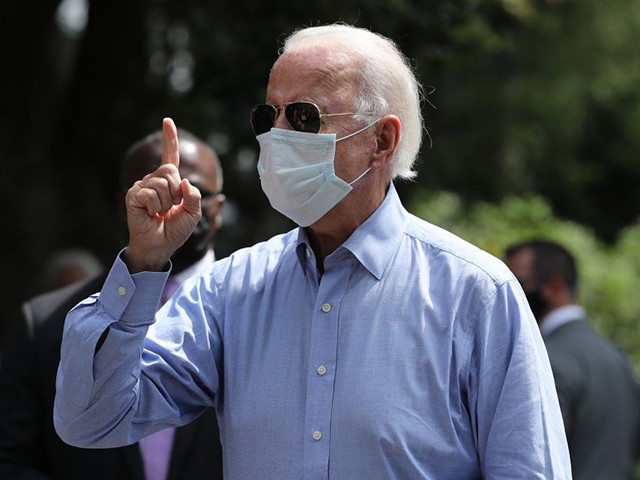 Why does Joe Biden require tourists, who primarily visit Blue Cities, to be vaccinated, but is importing tens and maybe hundreds of thousands of unvaccinated illegal aliens and seeding them throughout the country?

Why is Joe Biden restricting access to an anti-body treatment in Texas and Florida?