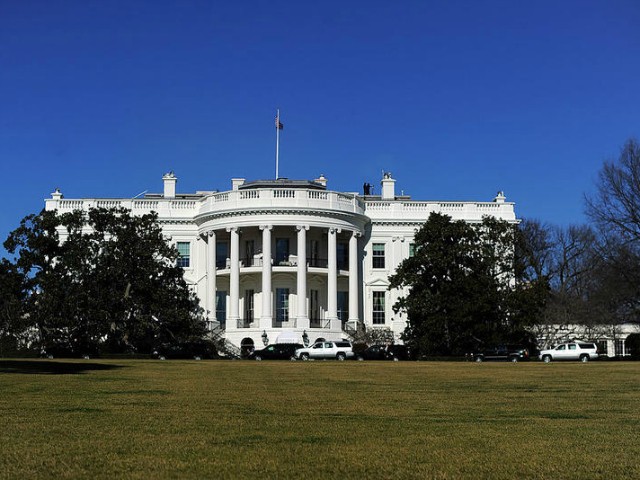 The far-left Daily Beast spread the fake news Wednesday that a “white nationalist” had been a guest at the White House.

After informing readers that the leader of “a white nationalist group … visited the White House on Wednesday,” the Daily Beast’s Asawin Suebsaeng and Will Sommer then claimed he had been a White House guest.

According to the Beast’s “three sources,” who are supposedly “familiar with how the Trump White House operates,” readers are told that the only way this white nationalist could have had his picture taken “directly in front of the White House’s south front” is if he had been “escorted by a Trump administration staffer wearing an official badge to get that kind of access.”

In other words, the only way this person could have been where he was is if he were an official guest at the White House.

Other than the fact that none of the above is even close to the truth and that the entire premise of the article is the fakest of fake news, the Daily Beast has a real bombshell on its hands.

The truth is that there was a Fall Garden Tour that allowed “more than twenty-five thousand people” access to this area of the White House, deputy press secretary Lindsay Walters told the Daily Beast in an email.

She added that this tour “is open to the public. Free tickets are made available to anyone who wants to attend.”

And here is where things get especially interesting….

In the original article, the Daily Beast reported that this “white nationalist” leader visited the White House on Wednesday. But here is the thing…

The Daily Beast had no idea when he visited, which is something these so-called reporters are forced to admit in their stealth rewrite of the original article.

Original story: “The leader of a white nationalist group whose members marched in the 2017 white supremacist rally in Charlottesville visited the White House on Wednesday, according to pictures he posted online.”

Stealth rewrite: “Though [the white nationalist’s] post was dated Wednesday, Walters’ explanation suggests that he visited the White House on either October 20 or 21, when the Fall Garden Tour was held.”

So based only on the date the photo was posted, without knowing if it were true, the Daily Beast told its readers that date was also the date of the visit, which, of course, fit a false narrative about triumphant racists celebrating Tuesday’s election results as guests of the White House.

Rather than do the correct thing–rather than issue a correction or retract the fake news–the article was stealthily edited with a massive rewrite. (You can compare the before and after here and here.)

At the bottom of the rewrite, an editor’s note reads, “This article has been updated with additional reporting,” which is not even close to true. The truth is that all of the fake news was secretly retracted and the article rewritten almost entirely.

It is also worth noting that the “white nationalist” in question, Patrick Casey, does not claim to be a white nationalist but an identitarian activist, a group the far-left media regularly attack as racist.

Finally, Will Sommer, the co-writer of this fake news deception and the subsequent cover-up, makes a living smearing right-leaning journalists as racists and liars, all in the hope of having them de-platformed, censored, and silenced. And if that means publishing this kind of fake news and then covering up his lies with a secret rewrite, so be it.