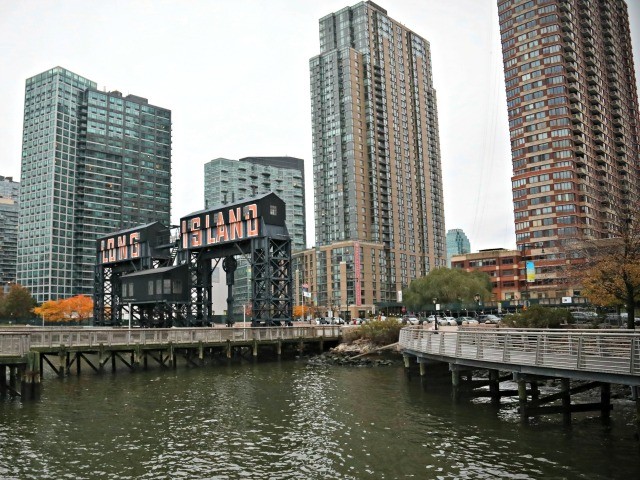 Two left-wing Democrats in America’s top media centers just gave away more than $2 billion in tax breaks to the richest of the rich — Amazon.com.

Amazon, one of the most valuable companies in the world, run by Jeff Bezos, whose $100-plus billion in personal wealth makes him the richest man in the world, has just scored a sweet deal from the states of New York and Virginia to expand there.

Basically, it will cost the taxpayers of New York $48,000 for each one of those jobs.

Virginia has offered Amazon $573 million in exchange for a guarantee of 25,000 jobs.

Please note that in 2017, Amazon made $5.6 billion in profit and not only paid zero in federal income tax, it received a $137 million tax refund.

This is exactly how crony capitalism works.

Outside of the gobsmacking hypocrisy coming from the silence over this from the very same Democrats and media outlets that screamed PEOPLE WILL DIE! over President Trump’s across-the-board tax cuts (that benefited all companies and working people equally), this is an almost perfect example of the hideous corporatism that infects all of the Democrat Party and way too much of the Republican Party (the Republican mayor of Arlington, VA, is raising taxes on hotel rooms for Amazon and the state of Tennessee will give away $105 million).

Although Amazon has more than enough money to relocate wherever it wishes, although Amazon straight-up lied about using its vast wealth and this expansion to help people (it was obviously all about soaking taxpayers for as much as possible), the silent hypocrisy from the left and media (it sure helps that Jeff Bezos owns the Washington Post!) when it comes to politicians picking winners and losers, being controlled by Big Money, and what that means to area residents, will continue.

What’s more, how much control will these mammoth new HQs enjoy over its employees, and how will this control affect non-employees (i.e., American citizens) caught in this mammoth land grab?

Amazon teased their “second headquarters” scheme in such a way as to elicit fealty from desperate localities all over the country and demonstrate corporate dominance, only to choose NYC + Northern Virginia, the centers of political and financial power. Incredibly sinister.

Should really be emphasized that by selecting NY/DC, Amazon is *exacerbating* the regional inequality problem that its “second headquarters” scheme was supposed to *improve.* It gets more sinister the more you think about it.

Should really be emphasized that by selecting NY/DC, Amazon is *exacerbating* the regional inequality problem that its “second headquarters” scheme was supposed to *improve.* It gets more sinister the more you think about it.

There is nothing altruistic about any of this.

Amazon is moving into areas where housing is already expensive, that are already congested, already have traffic problems, already have income disparity issues (something we see almost exclusively in urban areas run by Democrats) — and so far, I have read nothing about Amazon being required to hire locals, to help those paying for these outrageous tax breaks by offering them these high-paying jobs, or the opportunity to win them though training, or some such thing.

What is likely to happen is a wipeout of these communities as Amazon builds its towers and roads, as the coming flood of professional people from other states relocate from elsewhere in waves — which will only further explode housing costs and snarl traffic.

Already, New York City says it cannot afford to fix its crumbling subway system, but it is going to give away $1.5 billion to the richest of the rich and further overwhelm that system with 25,000 additional professional jobs?

This move is not about helping New Yorkers or Northern Virginians, and it is certainly not about helping the taxpayers who will pay for all of this. When you expand a business into the financial, media, and cultural centers of the universe, you are looking for one thing — to attract a certain kind of person, to offer something shiny to those strangers you wish to import.

This is a disaster for the people who currently reside in these communities, a disaster you have to try and imagine happening to you, to your way of life, to your neighborhood — and then imagine being forced to pay for it.

The incentive for these elected Democrats is that the coming wave of strangers are almost all Democrats. So what’s $48,000 per vote when working people are footing that bill?